This year has—and will continue to be—a busy one in the submarine networking industry. Several new submarine cables have been announced, deployed, and put into service. These projects seek to address the 40 percent CAGR in intercontinental bandwidth demand along submerged information superhighways around our planet.

Submarine networks are considered critical infrastructure and deploying new and modern cables will improve the reliability of global networks. But as new projects are announced, advanced, and completed, how do we separate hype from reality? And how do we measure the impact new and announced cables are having on international bandwidth supply?

Join Tim Stronge of TeleGeography and Brian Lavallée of Ciena for this 30-minute Webinar as they discuss:

Register today to join the conversation. 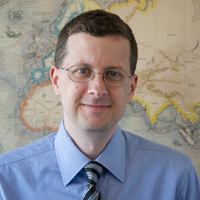 Vice President of Research at TeleGeography