Data Center Interconnect Hubs: Where to Next

Where older cables tend to connect major cities, most submarine cable traffic now flows between large data centers that are often located outside city limits to keep costs down. This means new cable routes are key to connecting these newer data centers where accessed content and cloud-based applications are typically hosted.

Over the last year, we’ve seen movement into new locations among global interconnection leaders. As leading submarine cable and data center operators push into new frontiers, what potential can we see in nascent markets where they’re breaking ground? 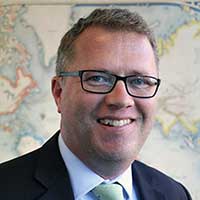