To ensure that intelligent transportation systems (ITS) deliver a higher quality experience to motorists, Departments of Transportation (DOT’s) constantly add or refresh ITS devices.  Most DOT’s have thousands of such devices – video cameras, sensors, monitors, electronic signage - deployed across thousands of highway miles.  Each device must be networked back to a central operations center where data is analyzed, acted upon and stored.  Typical ITS devices and configuration flow are shown below. 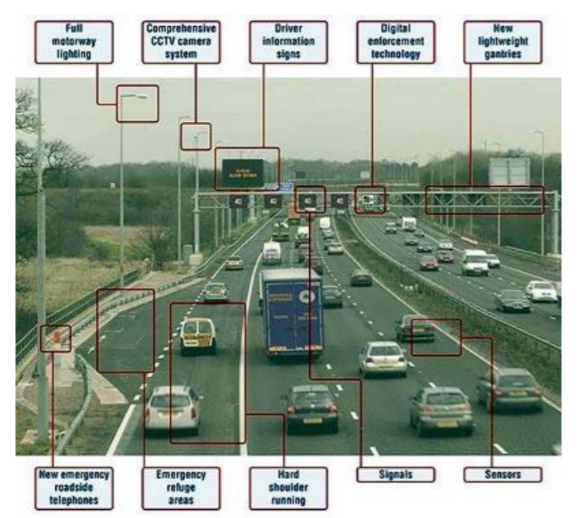 In the diagram above, roadside devices become individual IP nodes which are tunneled to the central information processing infrastructure. The data is then analyzed, actions or commands are transmitted back to the devices, and other entities are alerted or dispatched.  Much of this two-way communication must happen in real-time.  The data traffic generated by each device varies by priority, latency sensitivity and bandwidth capacity requirements.  For example, high-resolution video of a rockslide or car crash requires high-capacity, low-latency, real-time transmission.  But traffic flow monitors and weather sensors may only require small amounts of bandwidth and be more latency-tolerant.

As the number of ITS devices increase, the number of IP nodes also increase.  This puts increased strain on the IP connectivity and routing protocols, which makes managing and operating the network increasingly complex.  In traditional IP-based networks, packet forwarding decisions are made on a hop-by-hop basis with standalone routers performing route look-ups at every node. Packet forwarding decisions are based on a preassigned path cost.  This means that packets with similar origin and/or destination such as video cameras and nearby traffic monitors, will follow the same route back to the central operations center. Even if other optional route paths are underutilized or idle, the packets will proceed along the preassigned path, which can easily congest the network.

The danger in this approach is that video of a snow avalanche would be routed along the same path as data from nearby traffic flow monitors.  If the network is already congested with traffic from other devices, operations center staff may not see the avalanche video in time to alert emergency response personnel.

Many DOT network engineers try to resolve this challenge by deploying Multi-Protocol Label Switch (MPLS) networks with Traffic Engineering (TE) and Resource Reservation Protocol (RSVP).  This combination eliminates hop-by-hop forwarding decisions and instead enables data to be directed via underutilized paths.  The RSVP protocols reserves resources along the end-to-end path of traffic flow. The problem with this combination is that Label-Distribution Protocol in MPLS networks, and RSVP-TE are complicated protocols to implement, maintain, operate and troubleshoot.

They create a lot of signaling traffic in the network and flood it with MPLS tunnels which require the support of highly skilled staff. As more and more ITS devices are added, existing staff can quickly become overwhelmed.  As most DOT’s are under severe budget constraints, adding more network engineers to scale RSVP-TE networks is likely not feasible.

Simplifying ITS Networks with Segment Routing

Segment Routing (SR) is a technology that can significantly simplify IP networks.  It is a more flexible and scalable approach to IP routing that delivers the performance DOT’s need, while reducing the complexity of MPLS-TE and RSVP-based networks. With SR, the network ingress node (i.e., the node the ITS device is connected to) chooses a path and embeds it directly into the packet header as an ordered list of links.

An SR path isn’t dependent on hop-by-hop signaling, Label Distribution Protocol (LDP), or RSVP; rather, it uses “segments” for forwarding.  This means that real-time applications like remote video cameras can have the most optimal routing path back to the operations center, rather than defaulting to least-cost or shortest/route paths when they are congested. 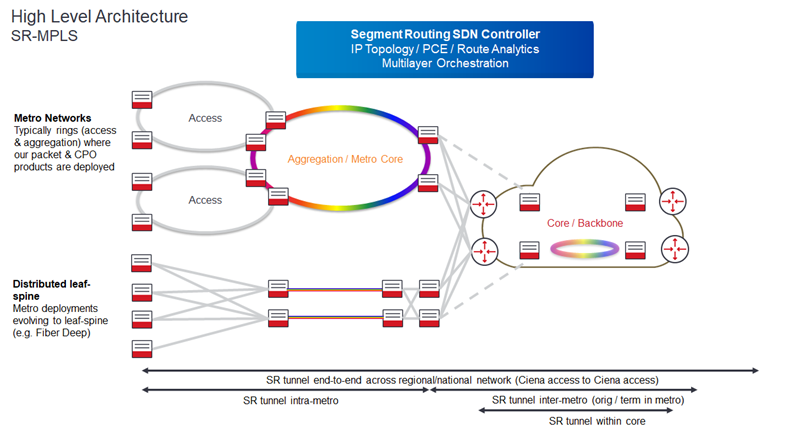 Learn how the Colorado Department of Transportation simplified their network and established a foundation to evolve towards automation and Software-Defined Network networking.

With a spate of federal funding available, states and localities are considering new fiber network builds to address urgent chall ...

Watch this video to understand how agencies can optimize their networks to ensure they have the on-demand connectivity, availabil ...

Infobriefs
The Road to Resiliency: Paving the Way for Intell ...

Network optimization is an essential tactic for ensuring organizations have the on-demand connectivity, availability, and perform ...

Articles
Is your network putting the brakes on your intell ...

What are the biggest challenges and priorities for state and local government networks? Daniele Loffreda shares insights from rec ...

Network optimization is an essential tactic for ensuring organizations have the on-demand connectivity and performance that moder ...