Winds of Change in Smart Cities?

Daniele Loffreda
Senior Advisor, Industry Marketing
Subscribe Subscribe to Ciena's communications
Is your Smart City project a technology roll-out searching for a problem to solve, or does it focus first on identifying citizen issues that are best solved with technology? Ciena’s Daniele Loffreda reflects on the evolution in what he’s hearing from CIOs and others in the smart city movement.

At an early June Massachusetts Institute of Technology (MIT) commencement address, Apple CEO Tim Cook challenged graduates to focus on people rather than technology.  He opined that science and technology are worthless if they aren’t motivated by the desire to help people.  Furthermore, per Cook, technology can have the most effective impact when we put people at the center of everything we do.

While this may seem blasphemous to those of us who make our living in technology, I am beginning to hear that same philosophy shift in the smart city movement.

This is a major shift in emphasis from the past couple of years, in which the focus had been on technology – sensors, video cameras, meters, analytics, networks and so on.  The CIO’s related how in the early stages of their smart city projects they jumped into the technical solution without truly understanding the problems they were trying to solve.  One CIO put it rather succinctly, “at first we had technology searching for a problem to solve.  Now we are focusing on identifying citizen issues that are best solved with technology”.

One CIO put it rather succinctly, “at first we had technology searching for a problem to solve. Now we are focusing on identifying citizen issues that are best solved with technology”.

I believe this shift is at least partly driven by hard lessons learned in smart city initiatives to date.  While there are numerous definitions of what constitutes a smart city, nearly all include the following components

From what I am hearing, number 4 is causing many to pause and, in some cases, reset.

Gathering, monitoring, measuring, analyzing, etc. are relatively easier to do because those steps are within the purview and control of technology.  Actually doing something with the data – implementing decisions, enacting policy and addressing the challenges revealed by the data – is very difficult to do.

One of the biggest determinants of the success or failure of a smart city initiative is whether it requires behavior change or life style adjustment on the part of constituents.  For example, if a smart home or smart grid initiative requires too great of a sacrifice on the part of home owners, I can almost guarantee that the project will under-deliver.

Years ago, I ran an environmental sustainability consulting business in Colorado, working on a contract with the Department of Energy and the incumbent Electric Utility.  Part of our work consisted of conducting whole house energy and water audits, and making recommendations on how the homeowners could make their homes more energy and water efficient, as well as safe.   Of the hundreds of audits I conducted, less than 10% followed even the most basic recommendations made.  The reasons they gave for not following through – despite earlier pledges – was that it was too expensive, or that they weren’t prepared to make the long-term changes to their life style that were required to achieve the objectives.

Another point I heard from the CIO’s is that local governments must be ready to deliver on the promise of the smart city initiative.  If data from the intelligent devices flags a problem in real-time, constituents also expect the problem to be resolved in real-time. 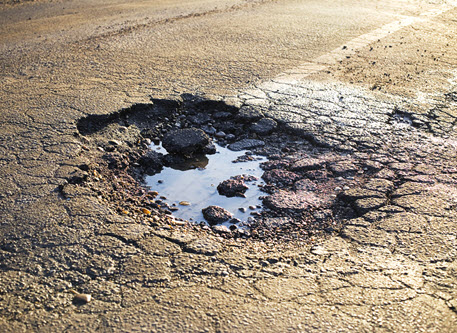 One example is a European city that distributed air and water quality sensors to citizens so that they could take air and water quality measurements near their homes and upload them to the city’s environmental quality portal.  Once the novelty of taking measurements and seeing predictive trends based upon those measurements wore off, citizens starting to ask when those trends were going to improve.  The city hadn’t considered the policy changes and regulations it would need to enact to address the underlying issues that were contributing to the air and water pollution levels.

A similar example can occur with those cities that provide a portal for citizens to upload photos and reports of potholes they see in their local streets.  Without first building up the resources needed to quickly repair the identified potholes, those same “smart” applications risk becoming punch lines for local humor.

Get with The Plan

The previous points are also driving a second shift in the smart city movement, which is moving away from “smart” as a stand-alone initiative towards full integration into the mayor’s or governor’s strategic plan.  CIO’s are finding that long-term support and funding for smart city initiatives requires linkage to the key objectives and vision of the chief executive.

These include quality of life, economic development, citizen engagement, inclusion and stewardship of public funds.  Council members and state legislators whose votes are crucial to long-term viability of a smart initiative will be more apt to lend their support if the project touches upon those constituent issues rather than on technology.

There is no surprise that the benefits of smart city applications need to be balanced with the additional cyber vulnerabilities associated with thousands of devices deployed across a metro, county or state.  Device manufacturers are beginning to implement greater cyber security features into their production processes, and governments are enacting requirements to change user I.D.’s and passwords on the devices.  Evidently a shocking number of devices that had been deployed in the field in some cases for years, still had the same default I.D. and password they had right out of the box.

The bigger shift I am seeing is in greater focus on data privacy.  One factor driving this focus is the realization of just how far the data can dig into personal lives.  For example, I heard from one municipality that nearly had to go through a referendum to recall the video cameras that were deployed at the traffic intersections.  Evidently citizens began wondering whether in addition to catching motorists running red lights, could the video cameras and associated software pinpoint aspects of their lives that they prefer to keep secret.  Immigration status, unpaid child support, extra-marital affairs and others were some of the concerns that were associated with high-resolution video cameras.

Citizens began having second thoughts due to concerns about whether their personal information was at risk due to a data breach on the part of the advertisers. I heard from three CIO’s that they were forced to discontinue their city Wi-Fi projects based upon the concerns raised by citizens.

Another example associated with privacy is in the monetization of citizen data.  Due to the financial investments required, many of the smart city initiatives to date involve public-private partnerships.  In this type of model the private sector partner provides funding, technology or other assets in return for access to the user data.  Advertising revenue from that user data helps offset the private partner’s network investment, and provides a percentage back to the local government.

One example is the public Wi-Fi projects that a few cities have implemented, that provide free Wi-Fi access in designated areas.  While initially lauded as successes, in some cities citizens have pushed back against all the unsolicited advertisements they began to receive.  Even more citizens began having second thoughts due to concerns about whether their personal information was at risk due to a data breach on the part of the advertisers.  I heard from three CIO’s that they were forced to discontinue their city Wi-Fi projects based upon the concerns raised by citizens.

I am sure that the smart city movement will continue to evolve, and in a couple of years the pendulum could swing back to the technology.  But for the time being it seems that local government leaders are  thinking along of the lines of “If I could continuously measure something that was core to my agency’s mission, what would that be? How would that allow me to better provide my services? How would it solve problems for my citizens?

Smart City Politics: Are Smart City Projects in for a Fundamental Reshape?