Helen Xenos
Senior Director, Portfolio Marketing
Subscribe Subscribe to Ciena's communications
Ciena's Helen Xenos talks to Pete Anslow, our Ethernet standards guru, about the newly approved IEEE standards for 200GbE and 400GbE. Pete gives his insights on when we might see these speeds in actual networks, and the early thinking on future speeds beyond 400GbE.

Pictured above, Ciena's Pete Anslow in Geneva for an IEEE meeting on future Ethernet speeds.

Heavily involved in this process was Pete Anslow, a Ciena Distinguished Engineer and recipient of the IEEE-SA Standards Medallion for his major contributions to the development of standards in our industry.  With over 30 years’ experience in the optical space, Pete is the Editor-in-Chief for the 802.3bs project and holds the position of Secretary for the larger 802.3 working group.

With all the recent headlines on 400GbE and 400G in general, I wanted to get some insights on the new 200GbE and 400GbE standard from our top industry expert and also discuss when we might begin to see these speeds in actual networks.  As it turns out, Pete has been in Geneva this past week where the IEEE is starting to discuss “what comes next”, so I was also able to get an early view on the latest thinking around future speeds. Read on for the latest standards update – “live” from Geneva.

Helen: First can you detail what the new IEEE 802.3bs standard defines?

Pete: IEEE 802.3bs defines the technical specifications to support MAC or Ethernet data rates of 200Gb/s and 400Gb/s - double and four times the capacity of Ethernet rates today - that can operate at distances to meet the requirements for most applications. The objective of the project is to define specifications that will enable multi-vendor interop, using appropriate technologies that will meet the performance and cost points required by the industry. Cost will be a function of volume and yield of components, so we aim to use existing components and technologies that can be supplied by multiple vendors.

The most popular formats to meet the majority of core router to transport distance requirements are the 2km and 10km devices.

Helen: I know the original project only included 400GbE, why was 200GbE added when it is a smaller rate?

Pete: Since the 200GbE is formed using the same technology but with half the lanes of 400GbE, the effort to add 200GbE was relatively minor. Also, 200GbE has the advantage that it can be carried efficiently over transport systems today, as many coherent solutions support 200G wavelengths. So, in the end, with 200GbE, an operator can carry more capacity and run its network more efficiently with technology that requires little additional investment from suppliers.

I think 2018 will be the year for trials, and we will start to see early deployments of 400GbE near the end of this year or in the 2019 timeframe.

Helen: Other than the obvious speed increase, is there anything new or different with the 200GbE/400GbE standard than in previous IEEE 802.3 Ethernet standards?

Pete: There are two important differences. First, while the per lane technology for 100GbE used 25Gbps NRZ signaling, we are now using PAM4 signaling for most of the new electrical and optical interface specifications. PAM4 stands for Pulse Amplitude Modulation with the “4” indicating 4 levels of modulation. 50G PAM4 requires a more sophisticated receiver design but allows for the doubling of capacity per lane while reusing existing high volume, reliable electro-optics.  The signal operates at a symbol rate of 25GBaud (speed of the electro-optics), but carries 2 bits per symbol, thus doubling the capacity (50G per lane).

The second big change with 802.3bs is the specification of an extender sublayer for 200GbE and 400GbE, which is intended to allow the normal end-to-end FEC (forward error correction) to be replaced by a stronger FEC for new link types that need it.  This is being leveraged by the OIF for their 400ZR project which defines the implementation agreement for a small footprint, low power, low cost 400G coherent interface. With the extender sublayer, a 400ZR high performance module can be inserted in a regular Ethernet slot, for example a QSFP28, and the Ethernet-based host knows what to do with it.

Helen: What are your thoughts on where and when we might start seeing early deployments at 200GbE and 400GbE speeds?

Pete: Optical module, transport, router, and test set vendors have all developed early versions of equipment that supports standards compliant 400GbE and are using this equipment for early field trials. It is exciting to see the standard implemented in hardware and being trialed in real networks, and doubly exciting to be so actively involved from a Ciena perspective, supplying systems hardware that can support both the standards-compliant 400GbE client interface as well as the coherent modem that can efficiently transport the service over the WAN using a single wavelength 400G.

AT&T completed the industry’s first 400GbE trial with Ciena where a 400GbE signal was transported using a single wave 400G over an OpenROADM photonic network, demonstrating the reliability and flexibility of the technology.  Just last week, Verizon announced successful completion of the industry’s first multi-vendor 400GbE trial, where standards-compliant 400GbE was running between Ciena optical and Juniper router equipment that are deployed in its network. The trial demonstrated the readiness of Verizon’s network for higher rate 400GbE services.

More development is needed before it becomes economically advantageous to deploy 400GbE in networks. The industry is working at developing smaller, lower power form factors to support 200GbE and 400GbE rates. I think 2018 will be the year for trials, and we will start to see early deployments of 400GbE near the end of this year or in the 2019 timeframe.

The missing element for a higher Ethernet rate is to determine the right technology to achieve 100G per lane capacity for the optical interface at 2km or 10km distances, that is also manufacturable. This would allow for the creation of an 800GbE interface.

Helen: Ciena’s John Hawkins has written recently about how 100GbE is now making its way out of the core and closer to the edge of the network.  Do you see this happening with 200GbE or 400GbE anytime soon?

Pete: I see a very similar evolution of 200GbE and 400GbE that occurred with 100GbE. In the early stages, the higher capacities will be used as interfaces from routers to transport networks where they provide the value of a simplified, more efficient network architecture. As the technology matures, volumes increase, and costs go down, I expect these rates to start being deployed closer to the edge of the network.

Helen: So, of course the next question is “what’s next”?  What is the next Ethernet standard on the horizon?

Pete: Discussions that may lead to the next higher rate standard have been kicked off just this week in Geneva with the first meeting of a Study Group on 100G per lane electrical interfaces.  The missing element for a higher Ethernet rate is to determine the right technology to achieve 100G per lane capacity for the optical interface at 2km or 10km distances, that is also manufacturable. This would allow for the creation of an 800GbE interface.  We know a 16-lane implementation is not manufacturable. We are currently looking into the technical feasibility of 100G PAM4 over higher loss than the currently standardized 500 m interface, which is also being investigated by the 100G lambda MSA (Multi-Source Agreement) group.

We already know with the trends we are seeing with data center switch technologies that 800GbE has broad market potential. Once we propose a technically and economically feasible implementation, then a task force will be formed and the work to develop a draft standard will commence.  It typically takes several years between a Call for Interest (which kicks off the Study Group) and standard ratification.

After years of effort to develop the new 200Gb/s and 400Gb/s Ethernet standard, it is very exciting to see real hardware emerging and field trials starting to take place.  At the same time, it is equally exciting to be involved in the early discussions that may lead to the next Ethernet rate in a few years' time. 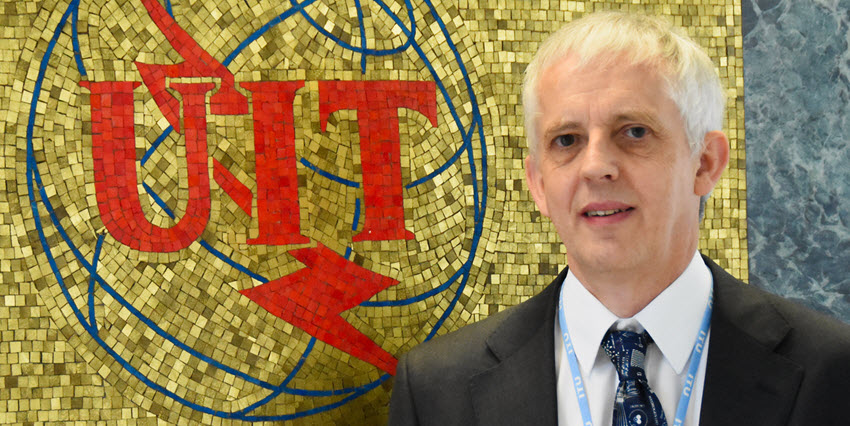