December 8, 2017
Subscribe Subscribe to Ciena's communications
This week, we're unraveling one hero’s journey to streamline enterprise networking operations, giving you an interview with Lightworks Lou, and talking about how Cable Operators are poised to deliver gigabit services.
ARTICLES

In the second post of this 3-part series we unravel one hero’s journey on the road to streamlined enterprise networking operations. Ciena’s Chris Sweetapple follows Our Hero’s adventures as he realizes the opportunities of high-bandwidth business Ethernet. 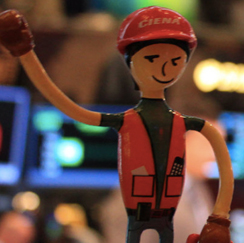 If you’ve been around the telecom space for a while then you may remember a former Ciena mascot named Lightworks Lou. That’s right, the wiry, fibery, mitten-wearing Ciena mascot who burst onto the scene in the early 2000s with his stylish orange vest and official Ciena hard hat. 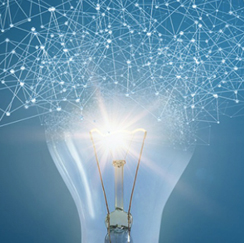 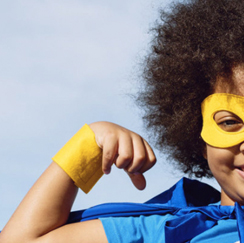 25 Big Milestones from our 25 Years at Ciena

As we close out an unprecedented year, let’s look back at some of the biggest Ciena news and announcements from 2020.

We're driven by a relentless pursuit of network innovation for the purpose of enabling our customers to adapt, within ever-changi ...

Articles
What we can all be grateful for

Ciena’s Vice President and General Manager for the Americas, Bruce Hembree, reflects on what he is thankful for and how his team ...

Articles
Our mission: to expand opportunities for students ...

Ciena's Sam Paone explains why partnership is critical to progress.