No signs of slowing down, quite the contrary

There’s no doubt that subsea cable networks are now considered by most people to be critical infrastructure, as they should be, given they carry 99% of all communications between, and along, continental landmasses via repeatered (amplified) and unrepeatered (unamplified) submarine cables. And, as multiple data centres are constructed around the world as key data hubs, submarine connectivity follows.

For instance, the Internet Content Providers, along with various partners, are building a bunch of new high-speed cables that will crisscross seabeds of the world. Some of the more notable ones are MAREA (Spanish for tide), Havfrue (Danish for mermaid), Hong Kong – Guam (HK-G), Hong Kong – Americas (HK-A), JUPITER, and Curie (named after famed chemist and physicist, Marie Curie).  There are surely more to come in the future, as Data Centre Interconnectivity (DCI) demands soar unabated – great news for the submarine network industry.

Although submarine cables are jugular veins of intercontinental connectivity (with no Plan B by the way), they are only part of the end-to-end connection story. Although we’d all like to work in data centres on sunny beaches where submarine cables land, the reality is they are located tens to hundreds of kilometers inland. This means terrestrial network segments on each end of any submarine cable are critical parts of the end-to-end story for DCI applications, and even non-DCI services terminating in traditional telecom central offices. So, what do submarine cable operators do once their transoceanic traffic hits the beach, given they typically do not own or operate their own land-based terrestrial networks on each side of their submerged assets?

There’s a critical symbiotic relationship between submarine and terrestrial network operators, which is the foundation of the global network and the associated socioeconomic benefits enjoyed by all connected citizens of Earth. Collaboration is mandatory.

Although not receiving the same fanfare when compared to new submarine cable investment announcements, which is understandable given the amount of capital these new submerged assets entail, people in the know understand how important terrestrial networks are to submarine cable operators. In short, without terrestrial networks, traffic flowing across oceans has nowhere to go – period. There’s a critical symbiotic relationship between submarine and terrestrial network operators, which is the foundation of the global network and the associated socioeconomic benefits enjoyed by all connected citizens of Earth. Collaboration is mandatory.

Colt is a leading terrestrial network operator with its Colt IQ Network connecting +800 data centers across Europe, Asia, and North America with +26,000 on net buildings, and still growing. Operating in +207 cities in nearly 30 countries, they have obtained a wealth of terrestrial networking experience and expertise making them a proven terrestrial network specialist and a perfect partner for submarine cables landing in regions where they operate. Submarine traffic landing on shorelines is reliably transported over Colt’s agile and high-performance network all the way to its inland destination, be it a data center, central office, and any other terrestrial location. This allows for intercontinental end-to-end services to be reliably and securely delivered.

Proof in point, Tata Communications, a submarine network specialist in its own right, selected Colt as their preferred terrestrial backhaul network partner to transport their submarine traffic to and from various inland locations. Tata Communications operates one of the world’s most advanced and largest wholly-owned submarine cable networks that encircles planet Earth and is comprised of the TGN Atlantic, TGN Eurasia, TGN Gulf, TGN TIC, TGN Intra Asia, and TGN Pacific submarine cables. 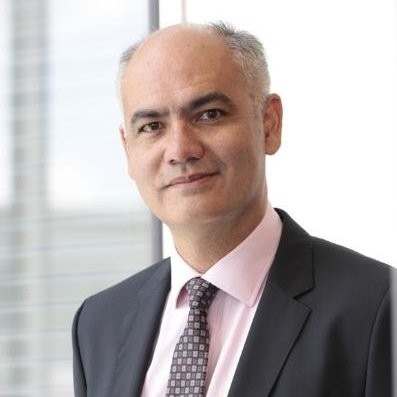 Colt is also investing in the transoceanic market with a planned investment this year in submarine capacity, including three 100Gbps transatlantic and three 100Gbps transpacific cables intended to carry significant Over-the-Top (OTT) traffic from the US West Coast and financial services traffic from the US East Coast into and between Asia and Europe. “By partnering with submarine network specialists, Colt can reliably offer true end-to-end connectivity to service a wide geographic market with a broad portfolio of transoceanic services,” according to Andrew Edison, VP Wholesale at Colt Technology Services.

So, even as submarine network focus is currently all the rage in the news – remember, without terrestrial networks on each end of any subsea cable, we essentially have a wet plant all dressed up, and nowhere to go.

Listen to Your Submarine Network!