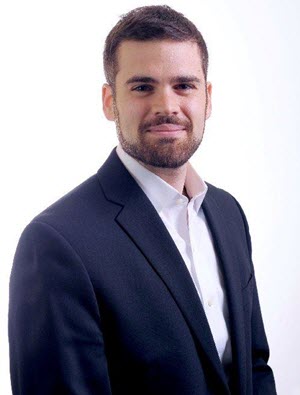 Chris Antlitz
Principal Analyst at Technology Business Research
Subscribe Subscribe to Ciena's communications
Vendor equipment swaps are typically complex from a technical as well as an operational standpoint due to the need to ensure network service continuity and stability during the transition process. Chris Antlitz details a real-world use case that involved multiple vendors and an aggressive timetable.

Chris covers the global telecom vendor and operator ecosystem and all major trends in the space including, but not limited to, developments in NFV, SDN, edge computing, digital transformation, IoT, private cellular networks and 5G. He also covers the hyperscaler market, particularly the pursuits of the Big Nine hyperscaler companies (i.e., Alphabet, Amazon, Apple, Meta, Microsoft, Rakuten, Alibaba, Baidu and Tencent) in the digital space.

This is the fourth post in a blog series. See Chris's other posts on transformed optical infrastructure, crossing the chasm from legacy to modern networks, time-division multiplexing (TDM) migration, and the 6 attributes to look for when selecting a transformation partner.

The increased focus on protecting critical infrastructure has prompted situations where communication service providers (CSPs) have had to adjust their networks, specifically to replace equipment provided by certain vendors that are deemed by governments in some countries to pose network security and/or customer privacy risks. These network adjustments typically involve swapping out gear from an unapproved vendor with gear from an approved vendor. Also referred to as vendor swaps, these situations are typically complex from a technical as well as an operational standpoint because the CSP needs to ensure network service continuity and performance is stable during the transition process.

In one such case, a large CSP with global operations had a DWDM network that required the replacement of thousands of circuits from one untrusted vendor with circuits from an approved vendor. To align with government mandates, the swap had an aggressive timetable of two years. The scope of the project also implicated network management systems (NMS), IP multimedia subsystems (IMS) and operational support systems (OSS) that were tied to the untrusted vendor’s equipment.

Though the CSP’s internal staff possessed the skills to tackle the project, the company’s manual-intensive approach would not have been able to meet the aggressive timetables the project stipulated. Also, the CSP was concerned about the project steering too much attention away from operating and investing in the business. These factors led the CSP to issue an RFP to solicit assistance from the vendor community.

After considering multiple RFP responses from incumbent vendors, and considering its options, the CSP decided to go with a with a neutral (third-party) vendor, Ciena, to carry out the swap. The CSP chose Ciena despite not having any of the company’s equipment involved in the project.

The engagement began with the compilation of all relevant data pertaining to the project into a centralized master database to obtain a single view of the network. Ciena then applied its analytics and automation tools, in conjunction with its proven workflow process methodology, to formulate a comprehensive migration plan.

This data-influenced and validated plan outlined a step-by-step approach that was utilized for the full scope of the migration as well as to automate legacy workflows to ensure an optimally efficient process. The plan included a map of all aspects and interdependencies of the network and the operations associated with the network, including NMS, IMS and OSS, and formulated steps in a logical order to isolate and undergo the migration with minimal impact on the business.

The holistic use of data, analytics, and automation throughout the project ensured efficient migration and that teams were aligned on what to do when. This optimized process flow was driven by Ciena’s customizable autonomics engine, which helped automate workflows and minimize inefficiencies. This approach can help labor resources better coordinate and orchestrate workloads to optimally achieve their tasks.

Ciena’s creation of a master database and use of customizable analytics tools and processes enabled the CSP to complete the migration within budget and much faster than it could have on its own. Additionally, the improvement in process efficiency via automation will be applied for subsequent stages of the project and for all future migrations, helping the CSP optimize operational costs and maximize ROI on an ongoing basis.

Swapping out vendor infrastructure does not have to get in the way of business operations ― provided you invest in the right expertise.

Learn more about how CSPs can realize the vision of network transformation.

Top 6 attributes to look for when selecting a transformation partner

Legacy TDM migration: Creating certainty out of uncertainty when transitioning to modern networks

Infographics and posters
Top 6 attributes to look for when selecting a tra ...

Articles
Top 6 attributes to look for when selecting a tra ...

CSPs operate within a constant state of change, and at any given time face challenges that require some form of transformation. T ...

This ebook helps answer that question by exploring the challenges and barriers that often stifle modernization, and outlines a we ...

This is an exciting time to master routing and switching skills to remain competitive in the 5G, business services, cloud, edge c ...

Infobriefs
The Drive for Network Transformation

A service provider selected Ciena Services as its trusted, independent partner for a services-only project. It required a proven ...

TBR outlines how to minimize risk while maximizing outcomes by leveraging data-informed tools and automation.

Your network is the most mission-critical tool for delivering a flawless customer experience. Proactive network support is a crit ...