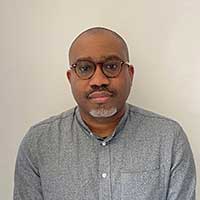 Chinedu Mkpuluma
Subscribe Subscribe to Ciena's communications
Ciena CEO Gary Smith describes how the “greenfield” nature of India’s digital revolution is allowing it to use mobile access to leapfrog more advanced economies. This article was originally published on Techonomy.

India has often been referred to as an “emerging” market. But given that the country is the fastest-growing internet market in the world, I prefer to say that India is “arriving.” And, in some respects, it is already here.

While it has taken a while for the digital revolution to take shape in India, the country is now leapfrogging more advanced economies. There is much we can learn from India’s efforts.

When Indian Prime Minister Narendra Modi launched the Digital India initiative in 2015, the country’s leadership knew that if it tried to give each person traditional access to the internet, the technology would be irrelevant and outdated by the time they got everyone wired.

Instead, India’s leaders decided the best way to deliver the internet was via mobile because no existing network was in place to upgrade and in any case the majority of users would be accessing the internet through mobile phone, not computer. The country can build its network with only the latest and greatest technologies and without the burden of ripping out or replacing legacy networks. In some respects, the “greenfield” nature of this proposition should make India the envy of the West.

Many in the Western world take for granted the ability to access the internet from a phone, tablet, computer, smartwatch or a plethora of other connected devices. Similarly, most of us (over the age of 20 or so) can recall a progression of improvements in technology, notably steadily increased bandwidth and speed. We may remember the dial-up modems that brought us to services like America Online, all the way to today when we have the ability to download a movie in seconds, thanks to advances in the underlying optical networks.

Affordable smartphones — made possible by many competing market players and ever-advancing technology — and accessible data rates (thanks to increased competition) have led to internet penetration of around 30 percent. It is expected to reach 50 percent in the near future.

Paving the way via mobile

The Indian telecommunications industry is currently one of the most dynamic in the world. Indians continue to adopt smartphones at a breakneck pace, as evidenced by the fact that India is the world’s second largest smartphone market after China, according to the GSMA.

Affordable smartphones — made possible by many competing market players and ever-advancing technology — and accessible data rates (thanks to increased competition) have led to internet penetration of around 30 percent. It is expected to reach 50 percent in the near future.

Mobile-centric networking platforms like Facebook, WhatsApp and LinkedIn have grown increasingly popular in India. In fact, these apps are used more in India than any other country. Furthermore, e-commerce enterprises are duking it out for control of a market worth close to $200 billion. The consumers are the ones who will reap the benefits of this battle.

And, of course, none of this would be possible without the underlying telecom networks. India’s operators are taking steps today by investing in advanced technologies that use artificial intelligence, machine learning and software analytics to understand network activity and bandwidth requirements.

The movement toward 5G

As the world moves towards 5G, India is also in the game. The government plans to roll out 5G services by 2020 and just last year formed a special advisory panel led by the Telecommunications Secretary to help develop a blueprint for 5G. Additionally, India’s Finance Minister recently announced that the Department of Telecom will support a 5G test bed at the Indian Institute of Technology, Madras.

As the world moves towards 5G, India is also in the game. The government plans to roll out 5G services by 2020 and just last year formed a special advisory panel led by the Telecommunications Secretary to help develop a blueprint for 5G.

Indian service providers are starting to forge a path for the coming of 5G by ensuring they have a good quality 4G network today. For example, mobile network operators Reliance Jio and Bharti Airtel are both planning to deploy an advanced 4G technology and are modernizing their national long distance and regional networks using the latest ‘adaptive modulation’ optical technologies, which will expand current network capacity significantly using existing spectrum. Service providers across the globe understand that investing in today’s existing 4G network is essential as 4G and 5G will work in tandem.

For more articles and insights on Ciena India click here

India’s open market makes it an easier place to innovate and conduct business than many other less business-friendly countries. The country’s government operates as a democracy and, despite challenges, continues to move forward. The digitalization of India will strengthen the middle class over time and serve as a model for emerging countries of the future.

10 new terms that will help define the future of 5G

To fiber or not to fiber, that is the question

Articles
The importance of xHaul for the success of 5G

The future of 5G presents an exciting opportunity for telecom operators in Asia, but transport network considerations and automat ...

Infographics and posters
The Future of Connectivity

Infographics and posters
For the Love of Games - South Korea

Infographics and posters
What’s driving US consumers’ use of broadband and ...

Ciena survey reveals that demand for 5G and cloud is high in the US.

5G, cloud, and edge computing are among the hottest topics in the technology industry. In an era of converging technologies, inno ...

Infobriefs
Private 5G and the Next Generation of Enterprise ...

Enterprises are seeking to improve efficiency and productivity through technologies that merge physical and digital landscapes.

The following Futuriom report identifies a wide range of applications that will require 5G to deliver the best user experience.