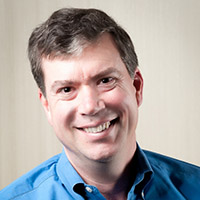 How can government agencies address changes in network demand without heavy capital investment? Jim Westdorp, Ciena’s Government Chief Technologist, has the answer and it involves a new approach to networking.

When the COVID-19 pandemic struck in early March, agencies everywhere faced huge spikes in network demand as IT teams worked around the clock to roll out new services and transition to remote operations.

While some agencies managed to adapt initially, it became increasingly clear that agencies need greater visibility and flexibility from their network resources. Unfortunately, many networks were not designed to adjust to such challenging demands. Legacy systems and protocols prevent rapid scaling and adjustment of a network’s capabilities. Meanwhile, legacy architectures often require IT teams to manually set up, revise, and tear down even the simplest services.

So how can government agencies address changes in network demand without heavy capital investment? The answer involves a new approach to networking.

The Adaptive Network™ is an intelligent closed-loop system comprising programmable infrastructure, analytics and intelligence, as well as software control and automation able to meet complex mission network demands and provide the business of government with greater agility.

Ciena’s Adaptive Network accomplishes this in a few ways. First, IT teams can adapt quickly to changing bandwidth requirements by using variable bit-rate optics to tune the network to different speeds, depending on current needs. Secondly, software can dynamically route wavelengths across different paths, depending on network conditions and the needed SLAs.

Because programmable infrastructure is highly instrumented, with the ability to stream real-time network performance telemetry data, agencies can get an excellent indication of not only the health of their network equipment, but the health of the fiber-optic cable infrastructure as well. Essentially, the network acts as a sensor that informs operators about its current state and what future service capabilities remain.

Together, these capabilities allow agencies to change and reconfigure the network on the fly, allowing it to be run at higher levels of efficiency and minimizing the need to add new equipment.

The result is a network that not only automatically reacts to change, but also adapts to events as they occur in real time.

Today’s networks must take advantage of automation and become more responsive, especially during these times of uncertainty.

Although today’s vast volumes of data can add complexity to infrastructure, they can also provide agencies with treasure troves of information that, when harnessed correctly, can improve network performance.

For example, Ciena’s Insights Service monitors the state of the network and the demands placed on it. It then collects this information to predict network problems before they cause customer issues.

If the Insights software detects a pattern trending over time that might lead to a network failure, it will flag the item, allowing an operator to make critical changes proactively before the network fails.

In addition to accurately predicting potential network problems and anticipating trends, analytics allow the network to become more reliable and more available, which is important for the critical infrastructure that modern networks provide.

Today’s networks must take advantage of automation and become more responsive, especially during these times of uncertainty. But automation is only one piece of the puzzle. Yesteryear’s static network must evolve into a dynamic, programmable environment driven by analytics and intelligence for agencies to securely, and in real time, adapt to emerging constituent and mission needs.

Learn more about how Ciena can help your agency craft and maintain a holistic end-to-end networking approach.

Next Read next article: Adaptive Learning is the Future of Education. Are Education Networks Ready?

Adaptive Learning is the Future of Education. Are Education Networks Ready?

Ciena’s 3948 is a cost-effective router designed to address the requirements for higher capacity...

Consumers and businesses are insatiable in their demand for new services, applications, and...

Enterprise and residential market dynamics, 5G, and the cloud are driving new applications—and...

Futuriom research indicates that services providers are interested in deploying edge services to...

Article
Adaptive Learning is the Future of Education. Are...

Educators are increasingly leaning on EdTech and Adaptive Learning tools that personalize and...