Rock on with These Packet Networking Summer Camp On-Demand Jams

August 23, 2017
Subscribe Subscribe to Ciena's communications
Did you miss any of Ciena’s Summer Camp “jam sessions” as part of the Packet Networking Summer Camp Series? Well, don’t worry, we’ve got you covered.

“Give me 500 words on what you did over the summer,” kicks off many a kid’s first day of school. For those who attended Ciena’s Packet Networking Summer Camp, Music Camp edition, the assignment will be easy. Our Ciena rock stars belted out chart-toppers 5G transport, 400G and the need for speed, migrating to TDM, and the importance of latency.

Bummed that you missed a jam session? All four of these 30-minute classics are now available on-demand. Tune in and rock out anytime.

Breaking up is hard to do. Moving on from TDM.
Services jam session feat. Pamela Morgan
Let’s be honest. You need to let go of that TDM network relationship and move on.

Highway to the danger zone. 400G need for speed.
Carrier Ethernet jam session feat. John Hawkins
Be the Maverick of your network when it comes to speed, standards, and services that deliver Carrier Ethernet.

As a bonus, we’ve included some great Q&A content from the live sessions. And, our poll questions were so much fun, we thought we’d include them too. Here’s one to share: 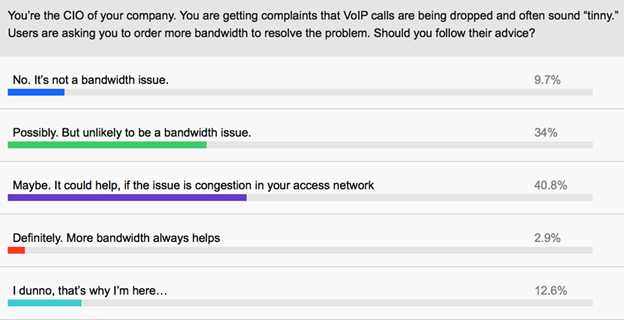 Learn to sing some new songs - watch all four to make sure you’re one of the cool kids when school’s back in full swing. On-demand Summer Camp Webinar Series.

And remember, practice what you learned and give a holler if you have more questions or would like to jam some more. See you next summer.

Important Questions About the Future of 5G