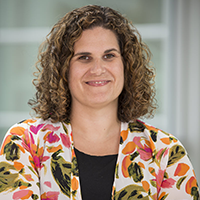 0 Join the conversation
Next Read next article: Fiber Deep: Modernizing the cable network

This Cable's Fiber Outlook Survey Report is produced by Light Reading and Heavy Reading in...

At the start of 2019, the cable industry announced its vision for delivering 10G: ramping up from 1...

It's no secret that cable operators can't get enough of fiber these days. Light Reading and Heavy...

CED editor Bevin Fletcher caught up with Wayne Hickey at SCTE CableTec and chatted about TDM...