Paulina Gomez
Advisor, Product & Technology Marketing
Subscribe Subscribe to Ciena's communications
Cyber security is on everyone’s minds these days—with high-profile hacks affecting Equifax and Whole Foods in the headlines in just the past few weeks. Coincidentally, October is National Cyber Security Awareness Month, a time to raise awareness of the importance of a holistic security program. So we thought it was a good time to take a look at a couple pieces of new legislation that aim to stem the tide of security breaches. If you do business in the EU or New York State, the legislation will be of keen interest to you.
Is your network ready for increased data security regulations?

In the EU, the European Parliament adopted the General Data Protection Regulation (GDPR) in 2016. The regulation will come into effect on May 25, 2018. The aim is to standardize data protection regulations across the EU. The GDPR applies to organizations that collect or process data from EU residents. What you may not realize, is that organizations based outside the EU also will have to conform if they collect or process “any information relating to an individual, whether it relates to his or her private, professional or public life.” That includes everything from relatively innocuous details to highly private information, including names, home addresses, photos, email addresses, bank details, social media posts, medical information, or an IP address.

Data protection legislation isn’t only evolving in the EU. In New York State, 23 NYCRR Part 500 became effective on March 1, 2017, with a two-year transitional period that ends on March 1, 2019. The law requires “Covered Entities” such as New York insurance companies, banks, and other regulated financial services institutions – including agencies and branches of non-US banks licensed in the state of New York – to assess their cyber security risk profile and create a robust program to addresses those risks. The 23 NYCRR Part 500 law places the burden on a company’s senior management, which must file an annual certification confirming compliance with the law.

Preparation and debate on GDPR started in 2012. It was approved by the EU Parliament on April 14, 2016 and became law 20 days after it was published in the EU Official Journal. That started the enforcement countdown clock. When the law goes into effect on May 25, 2018, organizations that do not comply will risk significant fines in the event of a data breach.

For clarity, the United Kingdom will still be a full Member State of the EU when the GDPR comes into force, and indications are that it will mirror the GDPR in national legislation after Brexit.

Here is a summary of some important notes about the new GDPR law:

In New York State, new cybersecurity requirements for financial services companies, known as 23 NYCRR Part 500, will take effect in stages, starting on August 28, 2017. The aim of this new legislation is to protect consumers and to “ensure the safety and soundness of the institution” as well as New York State’s financial services sector. Other parts of the law take effect over the next year and a half, as follows:

If you’re in the financial services sector and do business in New York State, you still have time to file a Notice of Exemption, required by a section of the law, until October 30, 2017. It is likely that laws like this might start popping up in other states, using this law as a benchmark, so it’s important to stay on the alert.

How Ciena Can Help

In today’s world of ever increasing threats, data security can be a daunting and high-stakes undertaking. Inevitably, vulnerabilities will continue to exist, and so will the threat of a data breach. Ciena’s WaveLogic Encryption solutions can be deployed as part of a holistic security strategy to help minimize your attack surface and ensure compliance with data protection laws like the GDPR and the 23 NYCRR Part 500. Our easy-to-deploy encryption solutions provide piece of mind with 24/7 in-flight data protection between data centers, financial institutions, or other locations, ensuring the safety of personal data no matter where it is, anywhere in between. 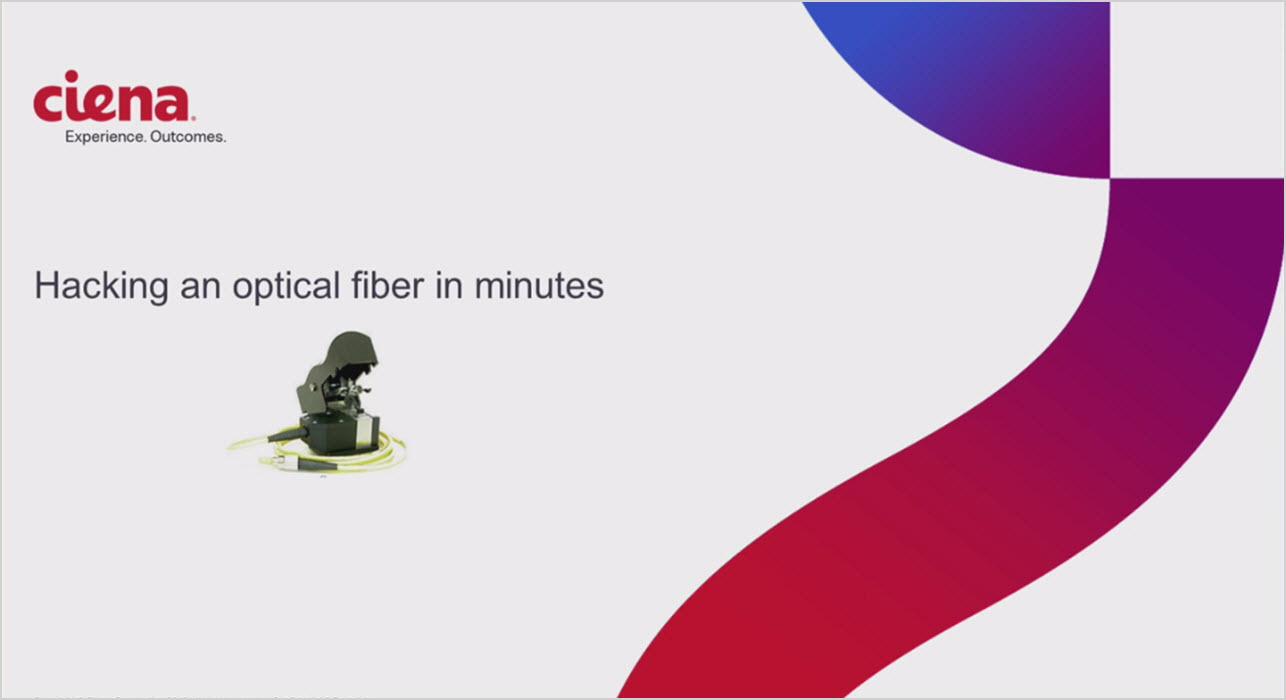 Is your network ready for increased data security regulations?

Meet the People who brought 400G to Optical