Brian Lavallée
Senior Director, Solutions Marketing
Subscribe Subscribe to Ciena's communications
What are SMART cables and how are scientists looking to use them to understand more about our oceans? Ciena’s Brian Lavallée explains the potential benefits and challenges ahead.
Article
500G transpacific. Yep, we did that!
According to respected industry analysts at TeleGeography, there are 378 active submarine cables deployed worldwide spanning a total distance of over 1.2 million kilometers, which together are the jugular veins of intercontinental connectivity. Although the portion of a submarine cable closer to shore, where heavy marine vessel traffic occurs, is armored to heavily armored, the portion of the submarine cable that snakes along the deep seabed for thousands of kilometers is about the size of a common garden hose. Within the submarine cable are fiber-optic strands of glass the size of a human hair that carry several terabits of data every second between continents to enable the Internet that we all know, love, and use daily for both personal and business reasons. Submarine cables erase vast distances. 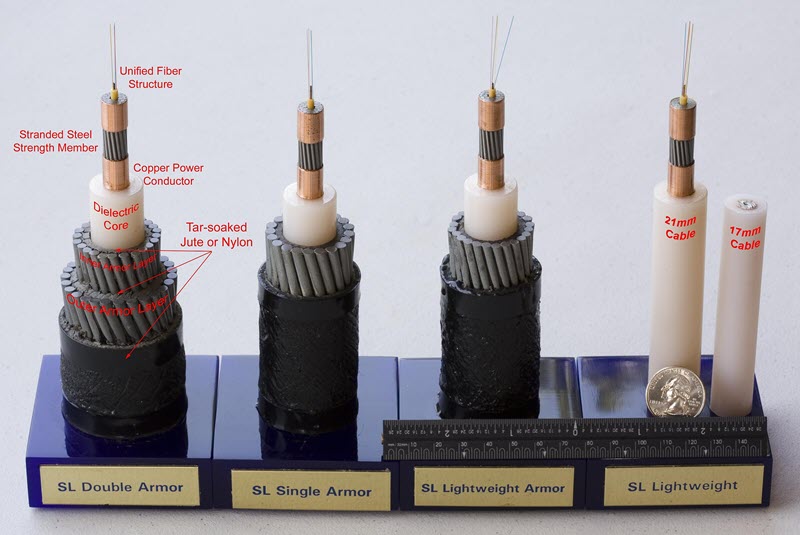 Much of the Internet is situated in the harshest physical environment on earth – the bottoms of oceans around the world. Submarine networks are unseen engineering marvels that erase geographic boundaries and distance by allowing humans, and increasingly machines, to communicate with each other… but, can they be used for other uses?

There’s a lot of discussions (and often heated debates) these days about global climate change, its root causes, where we are today, and where we think we’ll be in the coming decades. If we’re to properly understand climate change and natural disasters, such as undersea earthquakes, its essential to have a good understanding of the oceans. Scientists know this and already leverage a network of research ships, satellites, platforms, and anchored/drifting buoys deployed around the world. Although the data this Global Ocean Observatory System collects is critical to gaining a better understanding of climate change and natural disasters, it suffers from an inherent weakness.

Sensors are surface-based and shallow water-based, meaning no important environmental data from the ocean depths are collected. To make matters worse, highly instrumented, and thus very expensive weather buoys, are subject to vandalism and/or outright theft! 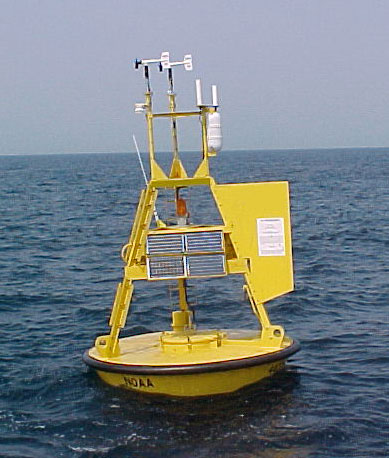 Oceans play an important role in shaping our climate (long-term) and weather (short-term) patterns. This means a better understanding of changing ocean currents coupled with monitoring its temperature, salinity, and carbon content, among other things, will help to more accurately predict weather and climate on land, where we all live.

From a safety perspective, the monitoring of seabed acceleration (movement), pressure, and temperature will aid in the early detection of natural disasters, such as undersea earthquakes and resultant tsunamis that wreak havoc around the world from human, property, security, and telecommunication perspectives. When a tsunami hits a coastline less than 30 minutes after the undersea earthquake that caused it, every minute of advanced warning is critical.

There must be a better way!

Although there exists methods to collect data from the oceans’ depths, such as Remotely/Automated Operated Vehicles (ROVs and AUVs) and cabled stations located offshore, such as Oceans 2.0 located undersea off Canada’s west coast, they only provide snapshots of seabeds and/or are limited to a relatively small area over a fixed period of time. This means they can’t provide ongoing data collection over vast distances 24 hours a day that would provide a more accurate view of what’s going on in real-time at ocean depths around the planet.

Its sounds like a great idea, right? It is, but there are important challenges to address, which have nothing to do with Mother Nature.

Significant challenges still to be resolved

Article
GeoMesh Extreme:
Release the Kraken!
Sensors could be added to existing submarine telecom cables, although this is seen as rather expensive, complex, and risky by submarine cable operators and their customers alike given that cables must be raised to surface vessels to attach sensors to the repeaters. As well, who pays to install, maintain, and service these sensors? New submarine cables yet to be deployed could more easily have sensors installed before the cable is laid on the seabed making it more secure and cost-effective from design and installation perspectives.

Other challenges related to legal, regulatory, financial, security, and the sharing of data must first be overcome before wide-scale adoption and deployment of Green Cables will occur. Concerns about what’s monitored is also a major concern, such as sharing information about a passing whale or a military submarine; the latter of which is an understandable concern from national security perspective. This example highlights the importance of what data is acquired by this new (and important) submarine IoT and how it will be shared externally.

In 2012, a Joint Task Force (JTF) of multiple agencies was formed to facilitate the development and deployment of Green Cables; namely, International Telecommunication Union (ITU), the Intergovernmental Oceanographic Commission of the United Nations Educational, Scientific and Cultural Organization (IOC-UNESCO), and the World Meteorological Organization (WMO), which together is comprised of close to 100 experts from various science, engineering, business, and legal communities. Their concerted umbrella goal is to facilitate and expedite the deployment of Green cables to enable real-time monitoring of oceans and their impacts on climate change. Another important goal is to reduce the impact of natural disasters via improved early warning systems.

Since submarine cables traverse different maritime zones and territorial waters, typically based on the distance from national coastlines, the United Nations Convention of the Law of the Sea (UNCLOS), an international treaty adopted and signed in 1982, comes into play. This means additional economic, legal, and security concerns from international government perspectives must also be addressed.

Article
The ICPC and San Diego have something in common - Semper Vigilans
So many viewpoints to consider and address, and so little time!

The ICPC, which recently held its annual plenary session, is involved to “investigate and report on the technical feasibility of incorporating the required scientific sensors into the design, manufacture, installation and operation of submarine repeaters in a safe manner without affecting cable systems and telecommunication signals, and avoiding risks that could affect the normal operation of the cables”. Many other groups organizations, committees, and even volunteers, are dedicated to making Green Cables a reality, sooner or later.

Although many significant challenges are yet to be resolved, the benefits of Green Cables are simply too important to ignore. Will we have Green Cables broadly deployed in the future? Only time will tell, but with a growing attention paid to global climate change, and how we can better understand it by monitoring the oceans’ depths, the associated discussions and debates will (and must) continue, no?

The future of submarine networks. What’s NEXT?