From sharks to ships, divers and dollars, the world of submarine networking is unique to say the least. Where else can you swap tales of high seas adventure while simultaneously configuring optical repeaters on a +8000km transoceanic voyage? In today’s blog you’ll put your watery wits to the test to see how many of these incredible facts you already know about the world’s subsea cables. Do you know what causes most subsea cable faults? How long is the longest subsea cable on the planet? Are sharks really eating the Internet? How long is a cable supposed to last? Buff up your brain cells and get ready to learn with these incredible submarine networking facts.

Sorry, Jaws. According to the International Cable Protection Committee analysis covering 2007 to 2014, no recorded cable faults were attributable to sharks. However, anchoring and fishing activities by humans account for approximately ¾ of all submarine cable faults. We are indeed our own worst enemy.

Happy Birthday! Undersea cables aren’t really that new. In 1854 installation began on the first trans-Atlantic telegraph cable connecting Newfoundland (Canada) to Ireland. The first transmission was sent four years later. The name of the ship that laid that cable? The HMS Agamemnon.

Global Reach. According to the 2010 Reliability of Global Undersea Cable Communications Infrastructure report, nearly 100% of the world’s intercontinental electronic communications traffic is carried by the undersea cable infrastructure. Yes, 100%. Without the submarine cable network, we’d have isolated continents of terrestrial connectivity.

Built to Last. The typical design life of a submarine cable is 25 years, although many will last even longer, assuming minimal damage over its lifespan. Fish somewhere else people.

Going the Distance. Every wonder how long the longest subsea cable is? The SEA-ME-WE-3 submarine cable network is close to 39,000km in length connecting 33 countries across 4 continents. That’s about 1/10 of the distance from the earth to the moon. 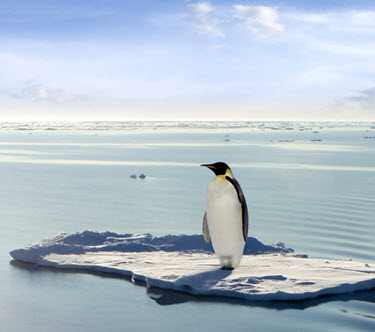 Disconnected. To date, Antarctica is the only continent not wired to the Internet via submarine cables. Due to a sparse population and ice shelf movement up to 10 meters/year, it is a very challenging environment. For now, the Emperor Penguin population continues to rely on postcards.

Lions, Tigers, and Landslides? It’s not only humans that can cause damage to submarine cables. Subsea earthquakes, underwater landslides, and strong ocean currents all can wreak havoc on subsea cables. This is what happened off the coast of Taiwan in 2006 and 2009, as well as off the coast of Japan in 2011. Mother Nature will be respected!

Cables, Cables, Everywhere. According to the online TeleGeography submarine cable database, there are 358 submarine cables in the world's bodies of water. That’s a lot fewer than the 2200+ satellites orbiting the earth but hey, they don’t have to deal with sharks and fishing trawlers in space. But that’s for another blog.

So, just how much did you already know about our aquatic communications infrastructure under the sea? Interested in a career as a submarine cable technician? No? Maybe you’d like to just sit back and deploy a GeoMesh solution to solve your web-scale IT challenges and monitor those services from a warm (and dry) office somewhere? Whatever your interest, when it comes to aquatic connectivity and helping you launch the best solutions for your global data transport, Ciena is here to help.

Packet Cable Landing Stations… Why Not?