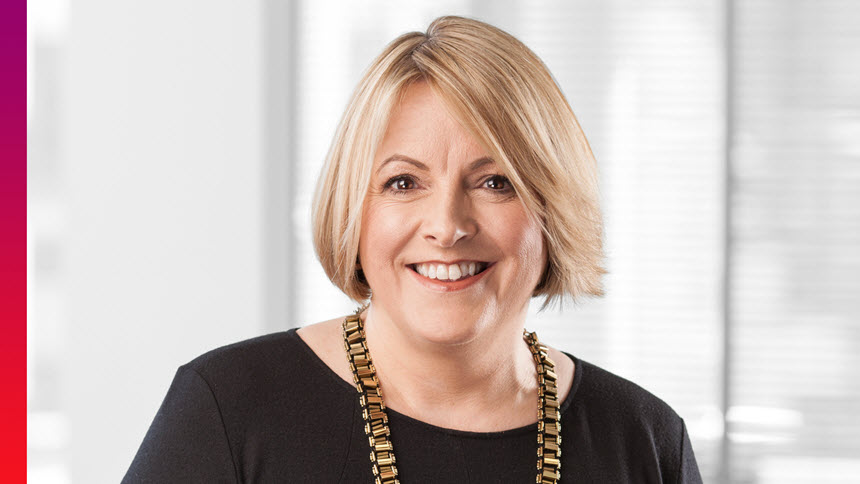 Jane Hobbs finds herself returning again and again to the words of one of her early mentors: “Always remember you work with human beings, not human resources.”

It’s an apt philosophy for the Chief People Officer for Ciena, with a worldwide workforce that’s more than 7000 people strong and why Jane calls her specialty “People and Culture” rather than Human Resources.

As a publicly-traded telecommunications trailblazer, Ciena may seem more about tech and less about people and culture. But Jane attests, it’s really the people and the culture they build that drives the business.

“People are genuinely authentic and want to do the right thing by each other,” she says. “There’s a real sense of teamwork. Everybody is here to support each other and help each other be successful.”

Jane lights up when talking about Ciena’s People Promise, which underscores the company’s long-standing belief that its people are its power and deserve to be treated as such.

The People Promise is analogous to a tree, she says. Its roots are its people, and its branches are the many programs Ciena offers to encourage its employees to feel included, empowered, and enabled to grow and make a difference in the world.

“It’s all about creating an environment where people feel they belong, that the work they do has meaning, and that – at the end of the day – they have a sense of satisfaction, a sense of energy, a feeling of happiness and purpose,” Jane says.

Before joining the Ciena leadership team in 2013, Jane, who lives in the U.K., worked in human resources for a variety of companies, including Ford Motor and Walt Disney.

Her Disney experience connects to a quote Jane lives by, elegant in its simplicity and with a surprising attribution – Cinderella: ‘Be kind. Have courage.’ “It sounds a bit cheesy,” Jane says, “but I go back to it as I go through each day: Am I being kind? And do I have the courage to speak up and do the right thing?”

Before deciding that HR was the area for which she’s best suited, Jane worked in sales, an experience she continues to benefit from. “I think it’s important to go outside your functional discipline, to walk in the shoes of others,” she says.

She keeps weekends “relatively relaxing” and relishes “puttering around” at home and in her garden, taking long walks with her adored dog, and spending time with family and friends. “I love to cook and to host, prepare a meal of some sort, and just enjoy everyone’s company.”

As always, she’s determined to continue attracting top-tier talent to the Ciena team by making it a place where people love to work.

“If you can make work a better place for individuals, well, I can think of nothing better.”