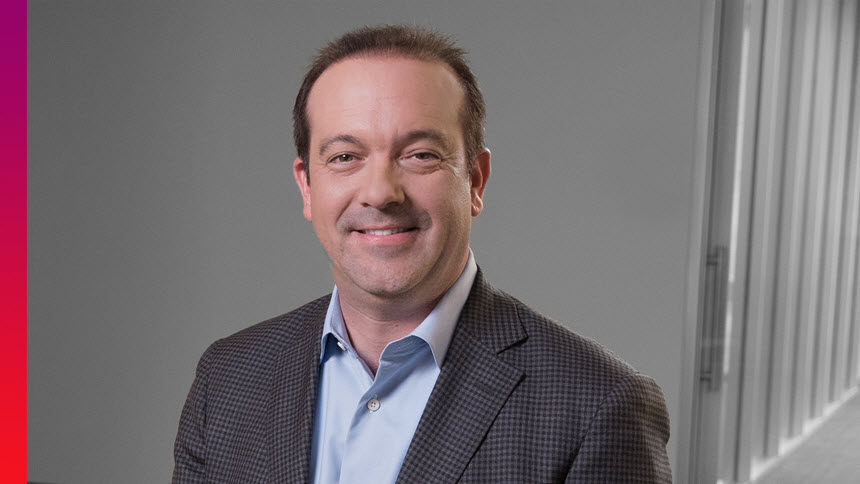 “We’re ushering in the next digital era,” he says. “It’s changing the way people connect with each other.”

And when the world changes, companies have to adapt accordingly, says the head of Ciena’s Blue Planet division. The ones that succeed, like Ciena, do so with the agility and open-mindedness that are the foundations of innovation.

New developments like 5G, AI, AR, and VR are creating “phenomenal” ways for people to connect. “There’s a huge market for Blue Planet; there’s just tons of opportunity there,” he says of the business Ciena acquired in 2015, then built into a separate division with a stand-alone portfolio.

Rick says his favorite customers are eager to take calculated risks to keep improving their networks and their own customers’ experiences. “They’re not just trying to survive. They really want to evolve, and we’re here to enable that.”

He describes his work as “transformational” and himself as a “perpetual optimist.” When hiring staff, Rick says he looks for people “who want to do good work, who want to make an impact, who are self-guiding.” Members of his team pride themselves on accountability, he says, and he is the same way.

“I’m quite certain everyone who works for me would be more critical of themselves than I would be of them,” he says. “And that’s how it should be. You hire people to do what they do best, and then you create a situation where they can do that all day long.”

Rick is a pilot and former flight instructor who flies for the U.S. Coast Guard whenever he can find the time. The next time he expects to be in the cockpit? “Tomorrow if I’m lucky,” he says.

His passion for flying is reflected in his favorite quote from one of his heroes, Chuck Yeager: ‘Just before you break through the sound barrier, the cockpit shakes the most.’ Those words resonate for Rick at Blue Planet as well.

“We face plenty of challenges,” he says. “And yes, things are shakiest when our customers are just about to automate. That’s why we’re here – to help them break through to the other side.”

Growing up in Michigan, Rick and his six brothers all worked at his father’s butcher shop. There he learned that you have to prove yourself before you’re handed responsibility.

“You weren’t allowed to work the saw unless you could prove you weren’t going to chop your arm off,” he says, adding that his favorite cut of beef is still the tri-tip sirloin he learned to prepare under his dad’s tutelage.

Rick is an avid outdoorsman who loves to hike and fish (yes, he guts his own catches). As a former Californian, he knows Yosemite National Park “like the back of my hand.”