With the recent explosion of video-based applications, especially the cloud-first strategies IT departments are adopting, the expenses associated with continual expansion of the routing infrastructure itself have come under scrutiny.

MPLS-TP is one approach that can ease the continuous and growing expense of simply adding more and more routers to handle the burgeoning network load. MPLS-TP is a packet transport technology based on MPLS. Also known as IP/MPLS, MPLS is a protocol-agnostic IETF standard used to carry circuit and packet traffic over virtual circuits known as Label Switched Paths (LSPs). LSPs are created using Label Distribution Protocol (LDP), which builds the LSP based on the router IP routing table, making it an equivalent to a pure IP network. With MPLS, LSP from source to destination is predetermined and a ‘label’ is applied to it. The first (ingress) router inserts the label, intermediate devices forward traffic based on the label (without any IP lookups), and the final (egress) router removes it, forwarding the IP packet to its destination.

In an MPLS network, LSPs are unidirectional, meaning traffic from source to destination and destination to source follow different paths. In contrast, an MPLS-TP network works congruently—that is, the paths traverse every segment of the network in both directions, making an MPLS-TP LSP deterministic, which allows for easier fulfillment of Service Level Agreements (SLAs).

With congruent paths, MPLS-TP enables communication back to the source. In addition to congruency, there are other differences between MPLS and MPLS-TP.

MPLS-TP applies constraints while eliminating some of the complex functions that make networks unpredictable and non-deterministic, including: 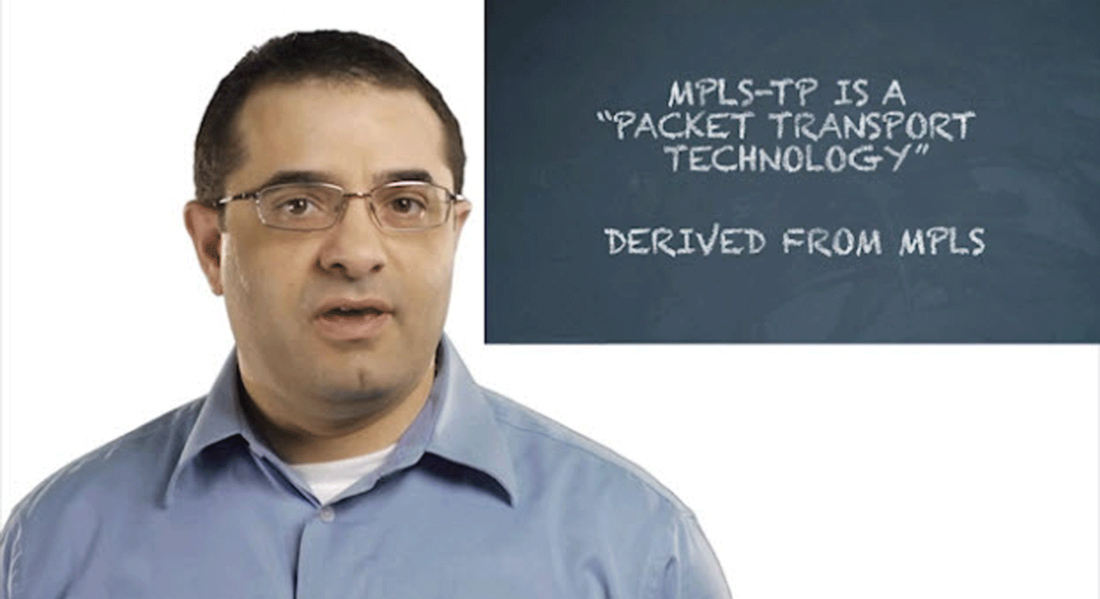 MPLS-TP provides carrier-grade OAM for LSPs and PWs, which is the transport profile that gives MPLS-TP its name. With MPLS-TP, OAM is carried with the user traffic, ensuring faster trouble shooting and predicable carrier-grade performance.

Carriers that use MPLS-TP will derive greater value and deliver higher quality of service to their customers as they demand higher capacity, higher resiliency, and more visibility into the network.

If the core network is a standard MPLS network and all the regionals networks are based on MPLS-TP, is there a way, like seamlesss MPLS, to configure end to end the LSP from one regional network to another regional network by going through the core? Is this SDN? Do you have an alliance with standards MPLS manugfacturer to reproduce seamless MPLS?

I would like to have other topics related Packet and opticwave.

I love the easy style of writing to explain the MPLS-TP in the article.

I love the easy style of writing to explain the MPLS-TP in the article. Therefore I would like to subscribe to receive more information on how to do basic configuration with MPLS-TP with some good example please. Thank You.

Any documents related to MPLS-TP

Any documents related to MPLS-TP

Julian, thanks for the comment. As a core routing technology MPLS networks can use dynamic IGP routing protocols like OSPF and ISIS as an ERP, but typically use BGP. The context of this article is to point out what MPLS-TP is. MPLS-TP can deterministically engineer the fast resiliency symmetrical behavior in both directions for the entire tunnel, something MPLS cannot do, and one reason why MPLS-TP is used in the Metro.

Re: "In an MPLS network, LSPs are unidirectional, meaning traffic from source to destination and destination to source follow different paths." - Yes, in an MPLS network LSP's are unidirectional ... however, that doesn't necessarily mean that an LSP from source A to destination B and an LSP from destination B back to source A follow different paths; if the IGP metrics in an LDP-signaled MPLS network are the same (symmetrical) in both directions for each link between A and B then the A->B LSP and B->A LSP will follow the same path (i.e. both LSP's will traverse the same links).

It would be more correct to say "In an MPLS network, LSPs are unidirectional, meaning traffic from source to destination and destination to source MAY follow different paths, dependent on how the IGP metrics are configured in the network."

Hi Hermant, just want to make sure I understand your question right. Are you looking for an end-to-end view of what equipment is needed for a municiple/city network?

Pls write the all end to equipment used for MPLS-TP for a City Network.

I would like to receive more information about MPLS-TP

What Is IP and Ethernet Aggregation?

IP and Ethernet aggregation is a converged networking approach that enables the aggregation of traffic from common Ethernet (Layer 2) and IP (Layer 3) services on the same, cost-efficient network architecture.

Read More
What is Edge Cloud?

Today, there is a core cloud made up of more than 10,000* data centers scattered around the world. In the next five years, driven by a need to get data and applications closer to the user, hundreds of thousands of scaled-down data centers will sprout up at the edge of the network to form the edge cloud.