These trends indicate that future submarine cable builds must be reliable, high-capacity, and cost-effective to be commercially viable.

The openness movement has been broadly adopted and implemented across the compute, storage, and software industries. Now, its sights are set on the network used to connect users to content, and content to content.

Much of the new submarine bandwidth being turned up is to interconnect data centers. The openness movement long ago adopted by ICPs, however, will soon be upon the submarine network industry as well.

The first step will be to open submarine cables. 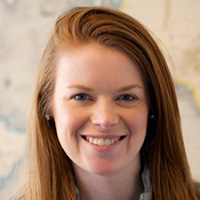