Over $10 trillion in transactions each day
With over 99% of the world’s intercontinental communications traffic flowing over submarine cables, increased route diversity has become a critical requirement. Ensuring that the growing amount of traffic carried over the global Internet remains available at all times is crucial.

Are you sufficiently diversified? 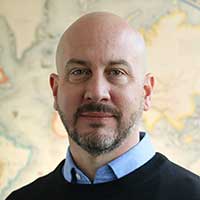