When Southern Cross cable operator began initial deployments connecting Australia and New Zealand with the West Coast of the United States in 2000, Southern Cross’ optical network was running 2.5 Gb/s wavelengths with a maximum total transmission capacity of 240 Gb/s over two cables. Today, Southern Cross is working with Ciena to realize a network that's even more adaptive, with enhanced programmability, scale, automation, and intelligence. 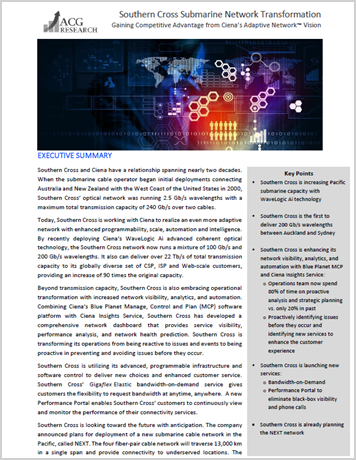