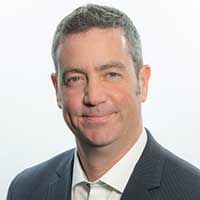 David joined Nortel’s Optical Networks division in 1998 where he worked on fibreoptic transmission products with a particular focus on photonics. David received a Bachelor’s degree in Physics from the University of New Brunswick, a Master’s degree in Physics from Dalhousie University and a PhD in Electrical Engineering from the University of Alberta. David’s PhD research was in the area of optical telecommunications at TRLabs in Edmonton, focusing on applications of active and passive polymer optics for low cost photonic components.

David is currently a senior member of The Optical Society (OSA) and has also served as the chair of two OFC subcommittees. David’s work within Ciena’s R&D has resulted in more than 20 patents in the area of photonic transport. In 2014 David received Ciena’s Distinguished Engineer Award.

Maximizing the delivered capacity of optical transponders by mining the Signal-to-Noise Ratio (SNR)...

This blog is the third in a four-part series highlighting an innovative approach that is being considered for the economic...