As wireless and wireline traffic demands continue to grow with no signs of slowing down, operators need a network that can adapt and scale on demand due to many key access and metro network trends that are now driving increased growth and agility requirements closer to the network edge.

The Internet of Things (IoT) will drive orders of magnitude more machine-based endpoints and physical computing devices, each performing application-specific functions, as part of an associated product or service. This will drive increased traffic demands and path diversity. Just think of the complexity associated with interconnecting tens of billions of machines to each other, data centers, and humans!

5G is already here and as coverage and functionality increases in the coming years, will support massive increases in the density of connected devices – think IoT –  but 5G is more than just a wireless upgrade. It means IoT enablement. When compared to 4G LTE, 5G is expected to provide up to 100x higher user data rates, up to 10x lower latency, up to 1000x more data volumes, and up to 10x the endpoint connection density. Having the right capabilities at the network edge is key to delivering much faster download speeds, guaranteed lower latency, and massive increased in connected endpoints.

When it comes to computer-generated simulation of virtual and augmented reality (VR/AR), lower and guaranteed latency is key to an optimal quality user-experience. Both AR and VR will require more bandwidth, and near real-time performance. And yet another new video format is just around the corner – 8K, which quadruples the number of pixels, just like 4K did with 1080p.

The rapid adoption of these trends and applications is having a significant impact on edge networks with no end in sight of slowing down. In order to harness new technologies – and the ever-increasing amounts of data – linking the metro and edge networks to the core network is essential to maintaining existing customers, as well as attracting new ones.

IP networks are not simple. In traditional IP-based networks packet forwarding decisions are made on a hop-by-hop basis with standalone routers performing route lookups at every node. Over the years a plethora of routing protocols were developed to forward data packets. Multiprotocol Label Switching (MPLS) was developed two decades ago where data packets were forwarded via small labels that gets added to packet upon network ingress. This frees the router from having to maintain full and accurate routing information for all destinations prefixes to make forwarding decisions. With MPLS, only Provider Edge (PE) routers require this detailed information to determine the forwarding treatment of packets along a desired Labeled Switched Path (LSP) between PEs’.

MPLS provides the ability to engineer traffic paths that do not necessarily follow the routing table, which helps optimize network resources, such as the following:

While MPLS provides a quantum and cost-effective leap over legacy circuit-based switching, it’s far from perfect and is showing its age. Label Distribution Protocol (LDP) and Resource Reservation Protocol-Traffic Engineering (RSVP-TE) are complicated protocols to implement, maintain, operate, scale, and troubleshoot. They use a lot of complex signaling for traffic in the network, have a limited understanding of the topology, and flood the network with unidirectional MPLS tunnels. For many network operators, even highly skilled Operations staff have a difficult time managing and scaling their networks.

Over a decade ago, Segment Routing (SR) appeared making IP routing more flexible and scalable. In a SR path, the source (PE) chooses a path and embeds it directly into the packet header as an ordered list of links, making the network much simpler to own and operate. Best of all, SR works with MPLS or an IPv6 data plane, enabling all of the benefits mentioned above including Layer 3 VPN (L3VPN) and Ethernet VPN (EVPN).

Both SR-MPLS (IPv4) is a mature and widely deployed standard with SR-MPLS (IPv6) gaining increased traction. IPv4 is widely deployed. IPv6, not so much. Generally, deployments are based on silicon SR availability and associated products. The good news is most commercially available silicon manufacturers are adding IPv6 support with packet fabric and converged packet-optical platforms to follow.

Ciena’s Adaptive IPTM implementation of SR presents the perfect architecture to evolve the network into a scalable, efficient, simplified, and cost-effective architecture leveraging SR. Linking the routing and switching-based network edge, metro, and core networks to be automated, open and lean, with SR platforms like Ciena’s 6500-PTS and 6500 T-Series (T12/T24). 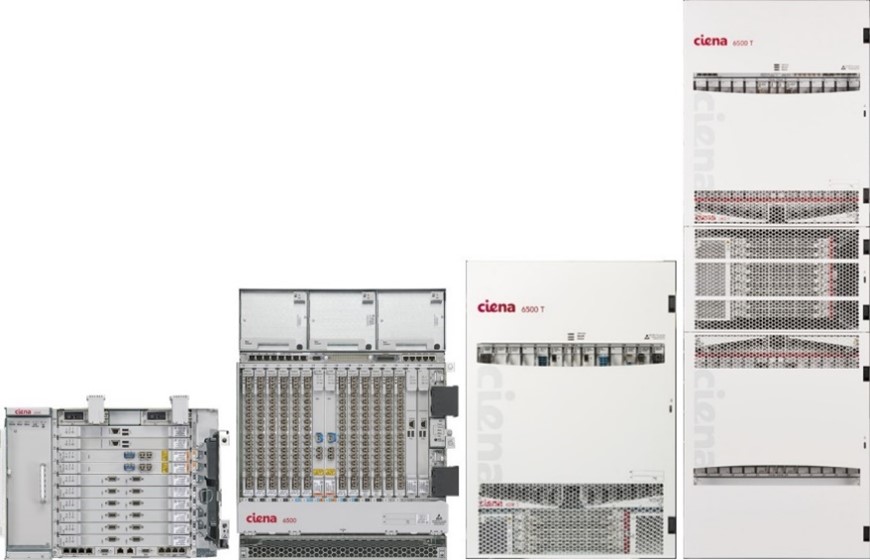 Adaptive IP is a better and different way to address growing customer demands for IP-based services; a way that is automated, open, and lean.  You can deliver IP-based connectivity for 5G, Business Services, Cloud, Fiber Deep, legacy TDM, and Edge Cloud with the service velocity, performance, and reliability that your customers’ demand.

Advanced multi-layer protocols like Segment Routing is where the market is headed, ask us how Ciena can help link your edge and metro networks to the core network. 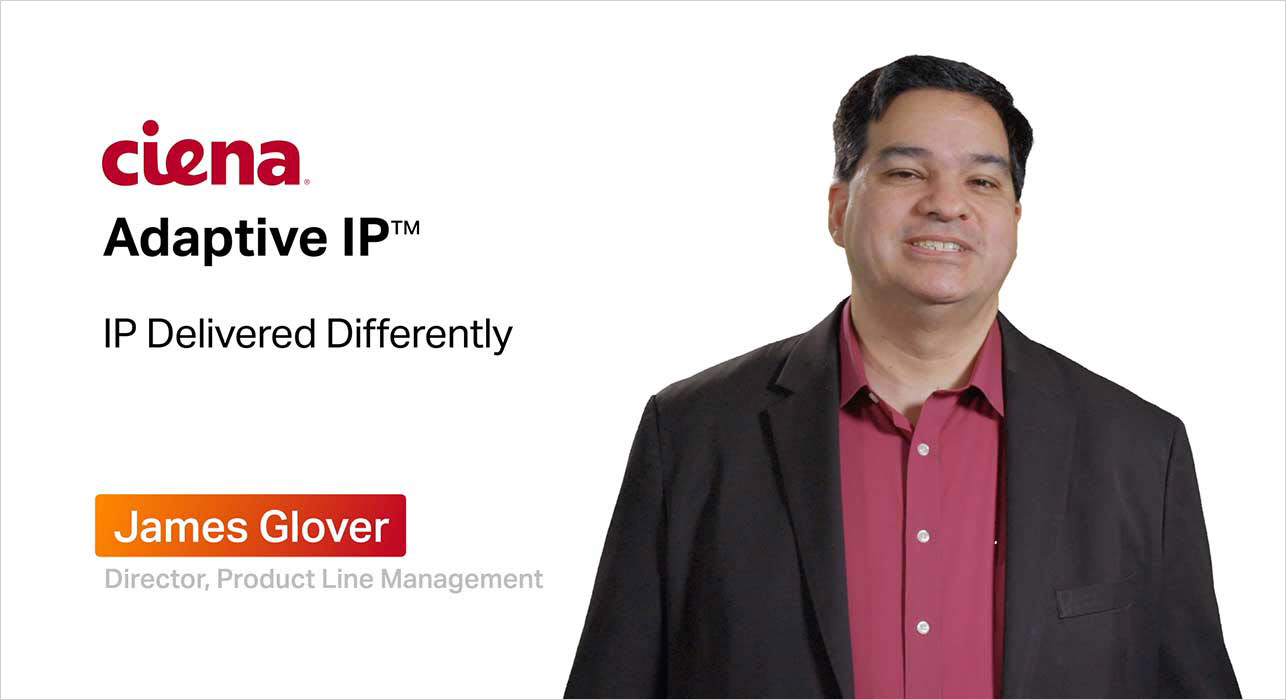 Ciena's Adaptive IP: the smarter path to the next-gen network

5G will require a new way to deliver IP connectivity

It is no longer a question of if people want a new way to build their IP networks, but how. Ciena’s Joe Marsella explains how the ...

Infographics and posters
Prediction: The Future Looks to SRv6 and Intellig ...

An analysis of distinct surveys, articles, and interviews helped create this big picture snapshot of the predictions most general ...

This IP Network Evolution eGuide Bundle details insights on the latest IP networking strategies to meet your challenges and lever ...

IP has been a part of every mobile generation since 2G and is exponentially more important as network operators contend with a ne ...

The COVID-19 pandemic has made it clear the future of work is hybrid. This model offers several advantages for government employe ...