Bo Gowan
Director, Social Media
Subscribe Subscribe to Ciena's communications
Breaking news: Europe is being overtaken.  Not by an army or an insect, but instead by the network crushing demands of OTT streaming video from Netflix. Lightning fast and far-reaching, no network is safe. Well, do I have your attention? Netflix’s recent rollout in six European countries is now expanding further, with the announcement of Italy, Portugal and Spain as next on the list. Network operators overseeing these regions should be concerned…perhaps very concerned.

Keri Gilder is Vice President of Global Accounts within Ciena’s EMEA region and is based in London, where she interacts on a daily basis with some of Ciena’s largest service provider customers.

Breaking news: Europe is being overtaken

Not by an army or an insect, but instead by the network crushing demands of OTT streaming video from Netflix. Lightning fast and far-reaching, no network is safe.

Well, do I have your attention?

Netflix’s recent rollout in six European countries is now expanding further, with the announcement of Italy, Portugal and Spain as next on the list. Network operators overseeing these regions should be concerned…perhaps very concerned. As a point of comparison, consider these eye-opening OTT video trends and statistics from the United States:

Nearly 37% of Internet peak time bandwidth consumption in the United States comes from Netflix. The no-limits, binge-streaming style of Netflix viewing has created a new trend in how Americans consume on-demand television series and films. For example, the recent simultaneous release of all 13 new episodes of the American version of House of Cards created a bandwidth phenomenon:

“This weekend, a single company caused a tectonic shift in how much resources were needed for everyone to use the Internet. The more resources needed, the more money has to be spent upgrading networks. Ultimately, someone will have to pay that bill—either consumers or the service providers themselves.” – Business Insider

The feeling of unease that surrounds the Netflix invasion is real. Just two months after launching in Australia, Netflix already has 1,000,000 Aussie viewers. Even Germany, which is poised to eventually spend 10 billion euros on high-speed Internet, admits to feeling the pressure of what Netflix could bring. “Our networks could be forced to their knees,” Klaus Boehm, Deloitte’s head of media in Germany, said during a conversation at the IFA electronics show.

This is all before the inevitable migration to 4K Ultra HD streaming. Netflix already offers many titles in 4K, a resolution still fairly uncommon for most consumers. Upon mass adoption, though, 4K Ultra HD will create unparalleled demands on the network. 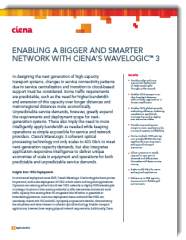 Consider that streaming in 1080p on Netflix currently takes up 3GB/hour. Relatively speaking, this isn’t a large concern. However, the pixel count more than doubles with 4K resolution, causing your one-hour television series to burn through 7GB/hour.

And if that wasn’t enough to give you bandwidth jitters, Netflix also recently announced a plan to begin using https encryption as a way to help protect member privacy. The addition of crypto overheads with https will further elevate the data usage problem with an estimated 30-53% increase in stream sizes.

But what’s at stake in the “Netflix Takes Europe” conversation is far more than just a diminished end user experience. Each month, Netflix publishes an ISP performance report; ranking poorly on that list can result in some not-so-positive press coverage.

There are massive risks from the business side, as well. Not only are there equipment, software, and vendor upgrade challenges, but the pricing model and monetization strategies necessary to maintain a profit in the face of growing CAPEX also present a host of issues. Adding consumer pricing and net neutrality to the mix makes for a preparation process charged with multiple moving parts.

The United States has seen a 10Mbps increase in average download speeds over the course of the last year, an upgrade initiative considered necessary in order to keep up with the increasing bandwidth demand. The question remains if European operators can do the same.

The numerous concerns notwithstanding, there is a bit of good news: Together, we can be ready.

As a global brand, Ciena holds a unique vantage point of being able to observe trends in one market and prepare other markets accordingly. The OTT video explosion is no exception, with the facts presented above raising some serious questions for European network operators:

No one can deny that Netflix has caused “a tectonic shift” in how people use the Internet. Despite this, ISPs and operators do have the ability to keep up, to be flexible, and to position their upgrade strategies in such a way that will not break the budget. Will it be tough? Of course it will be. Is it possible? Certainly, but the time to start moving is right now.

This is not the first seismic shift or growth surge to rear its head, nor will it be the last. Ciena has been down this road before, and by thinking ahead and working together we’ll stay one step ahead of the Netflix invasion.

I’ll bet we even enjoy the ride.

Editor's note: This post was updated with the latest information on bandwidth consumption from Netflix's Ultra HD 4K stream.