What is an Optical Control Plane?

Bo Gowan
Director, Social Media
Subscribe Subscribe to Ciena's communications
Last week when Verizon announced that it was building additional control plane technology into its network as part of a “new strategic initiative”, it caused quite a reaction.  Anytime a service provider with a global network that spans more than 500,000 route miles talks about a new initiative, people tend to take notice.

That’s especially true when it’s something like control plane, which isn’t a topic that gets a lot of attention or media coverage.  In fact, the Verizon announcement spurred more than one person to ask us, “what exactly is an optical control plane?”. 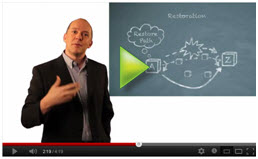 Ciena has been investing in optical control plane technology for many years now, first for SONET/SDH networks and more recently as part of our OTN switching solutions (e.g. the Ciena 5430 that Verizon is deploying).  In fact, we’re on our 7th generation of our OneConnect optical control plane.

So to help clarify the question of “what is an optical control plane?”, we put together the below infographic that walks through the details.  Take a look and let us know if you have any questions.