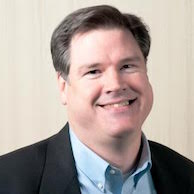 John Hawkins
Ciena’s resident Carrier Ethernet expert
Subscribe Subscribe to Ciena's communications
Like the telephone switchboards of old, today's Carrier Ethernet services many times require multiple network operators to get together and coordinate how access will be provided at each end. These wholesale deals take time to negotiate (lawyers get involved, yikes!) and, you guessed it, they end up being expensive. Just like the old voice calls of yore.  Now the Metro Ethernet Forum (MEF) has announced a new project to “define standardized Ethernet Interconnect Points for the thousands of current and future operators of Carrier Ethernet services around the globe, and that prototype networks are being set up to match the operators’ actual MEF CE2.0 compliant networks, which will ensure ease of interoperability.  Click through to hear from John Hawkins, Ciena's Carrier Ethernet expert, on the progress the MEF is making with this project.

Ciena’s John Hawkins (@EtherJohn) is one of the industry’s foremost experts on Carrier Ethernet technology. He has held leadership positions for a variety of IEEE and MEF committees, and is currently overseeing the MEF’s work on Carrier Ethernet and the Cloud.

It was not so long ago (ok, I’m dating myself) that in order to complete an international phone call, a caller had to pre-arrange the call with an operator (and by “operator” I mean a physical person that ran the switchboard) so that multiple connections could be established, first in the local provider’s network, then across some shared international network, and finally in the destination provider’s network. After all that (it could take minutes or hours depending on the situation), the local operator would then call you back and let you know the call was set up and you could go ahead with your conversation.

Having grown up “overseas,” I actually remember some of those calls on rare occasions. They were rare because they were wildly expensive and “letters worked just fine,” according to my parents, although they somehow seemed less than satisfactory to me. Well thankfully, digital telephony and advanced signaling protocols eliminated all that some time ago.

Yet today, when multi-national enterprises want to arrange for high-bandwidth private networks to their far-flung operations across the globe, a similar routine has to take place.

Operators (this time I mean the providers that run networks in various markets) need to get together and coordinate how access will be provided at each end. Typically a service provider (the one selling the end-to-end service to the enterprise) will negotiate with as many providers as necessary to provide an access service in areas where the service provider has no footprint. These wholesale deals take time to negotiate (lawyers get involved, yikes!) and, you guessed it, they end up being expensive. Just like the old voice calls of yore.

Some time ago, the MEF added the definition of an E-Access service to their already rich catalog of Carrier Ethernet services, which defined a clean specification for an “out-of-footprint” service. This standardized service facilitated the negotiation process between operators as they went about assembling these high-speed data connections required by the business-critical applications.

Sure, we could just use the Internet; after all, it’s pretty ubiquitous (although there are places where it’s hard to tap into). However, it’s less than reliable, less than secure, and less than satisfactory in many instances (sort of like those letters my parents relied on).

Recently, at the GEN14 event in Washington, D.C., the MEF launched a new project to “define standardized Ethernet Interconnect Points for the thousands of current and future operators of Carrier Ethernet services around the globe.” Known as the Ethernet Interconnection Points (EIP) project, this group of MEF members (service providers, in this case) is aligning its ordering and operational processes, as well as the physical locations where such interconnections can take place.

More recently, MEF announced that prototype networks are being set up to match the operators’ actual MEF CE2.0 compliant networks, which will ensure ease of interoperability. This work is being carried out at the University of New Hampshire using gear from Ciena and others that closely follows the MEF E-NNI (External Network-Network Interface) specification.

This streamlining of procedures and technologies is intended to facilitate the creation of these multi-operator services so that both the time-to-service and the time-to-service-adjustment (for example, an order to add an additional location, or additional bandwidth) are reduced and customer satisfaction is increased. This plays well with the MEF’s Lifecycle Service Orchestration vision, which is targeted at more agile, assured, and orchestrated networks.

Communication technology has come a long way since the days of the switchboard operator, but there is still progress to be made. As we advance into an even more programmable network, the business details of how the bits actually get from A to B, who manages what, and how it all gets paid for will still need to be looked after.

“Hello, operator, I’d like to set up a call please…”

Infographics and posters
Is the Middle East ready for a virtual working wo ...

Research commissioned by Ciena reveals that 78% of global business pros are ready to use more immersive virtual platforms.

Infographics and posters
Are we ready for a virtual working world?

A new global study commissioned by Ciena has uncovered just how ready business professionals are to collaborate in the virtual wo ...

IP and optical network layers are converging, providing new challenges to the operations teams tasked with managing them. To get ...

In this edition of the insights: Learn the ways Ciena is helping improve residential broadband and driving digital inclusion. As ...

Articles
Creating an inclusive workplace for all

Pragya Gupta, an Embedded Software Engineer, shares her story of joining Ciena and the tools we created to support her in her rol ...

In this edition of the insights: We introduce Ciena’s Weatherized PON approach, bringing direct outdoor devices to converged acce ...