It's just easy! The 3 service activation technologies you need to know

April 10, 2018
Subscribe Subscribe to Ciena's communications
Often the more complex a task is the more we avoid it. Learn about three technologies network operators can use to reduce the complexities inherent in service activation.

Technology, in general, is supposed to make life easy.

But it seems more often than not, that technology simply adds complexity. Users often lament that a technical solution that once held great promise, isn’t working as advertised or lofty expectations of life becoming instantly easier go unmet. Operating a modern-day network can indeed be a complex and often challenging affair, but there are instances where technology comes to the rescue.

You can’t make money off of what you don’t deliver.

Take service provisioning and activation for instance. Often a source of much expense and customer dissatisfaction, service activation stands between an operator and a new revenue source. You can’t make money off of what you don’t deliver. Three technologies in most Ciena Packet Networking products make the life of the operator immeasurably easier when it comes to turning up a new customer.

G.8032 is one such example. Never heard of it? Notwithstanding the fact that it could have a catchier name, it is often cited as a game changer when it comes to simplified provisioning of Ethernet services. G.8032 is a standard created by the International Telecommunications Union-Telecommunication (ITU-T) back in 2008 and often referred to as Ethernet Ring Protection Switching. (although “ERPS” is hardly a better handle even in our acronym-laden industry).

It allows Ethernet switches to be connected in rings (remember, Ethernet doesn’t particularly like rings – see Carrier Ethernet Essentials) and rings can be helpful in providing efficient use of fiber, resilience, and sophisticated Quality of Service (QoS) options. Rings can be organized in chains, with sub-rings and major/minor rings. The major benefit we hear about G.8032 is that “it’s just easy and it works.”

The major benefit we hear about G.8032 is that “it’s just easy and it works.”


Adding a node to a ring involves just a few node/port provisioning clicks in the management Graphical User Interface (GUI) or commands in the Command Line Interface (CLI). Services can then be added via a few more clicks and the user is up and running. Ethernet does its plug-and-play thing, filtering and learning, while G.8032 itself avoids loops (without the pain of Spanning Tree Protocol) and while providing protection switching in tens of milliseconds (depending on the ring-arrangement). If you’d like to learn more, check out this Chalk Talk: 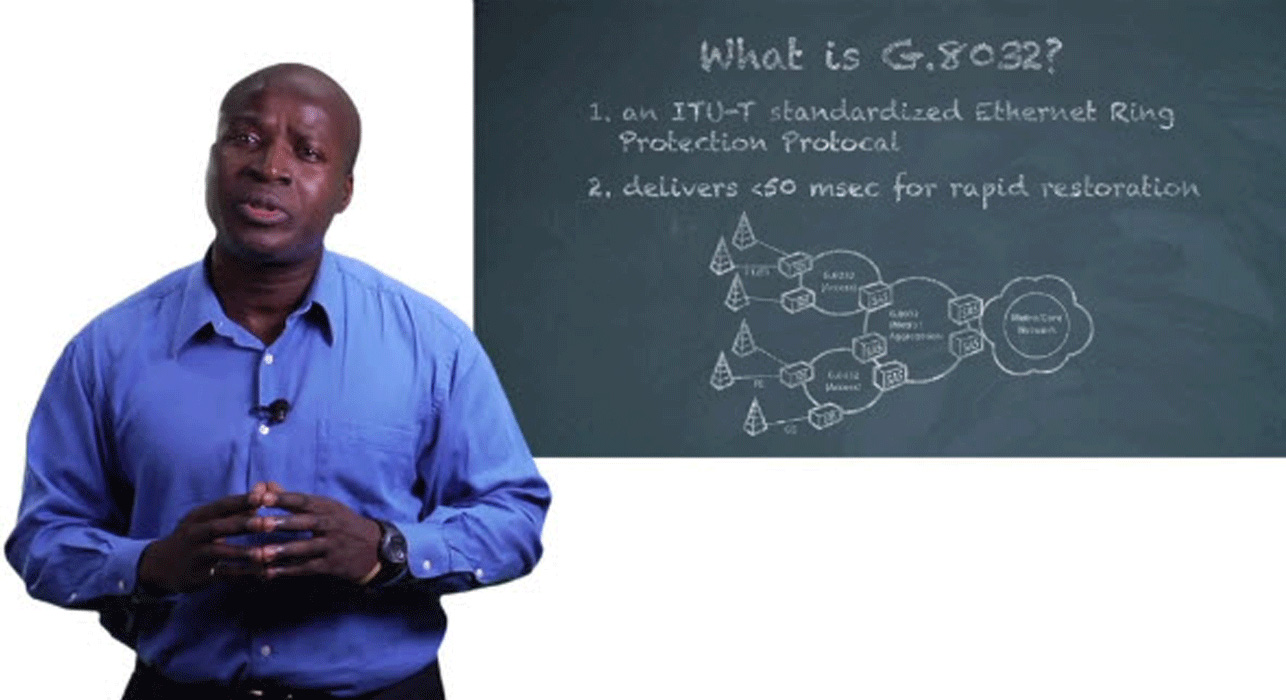 Zero Touch Provisioning
Another example of a technology that eases the service provisioning burden is one we loosely call Zero Touch Provisioning (ZTP). I say “loosely” because there’s no one standard that defines it, but there are several on which it relies. Techniques such as automated domain name service lookups and use of a dedicated management Virtual Local Area Network (VLAN) allow a new switch to be added to the network without user or operator intervention. 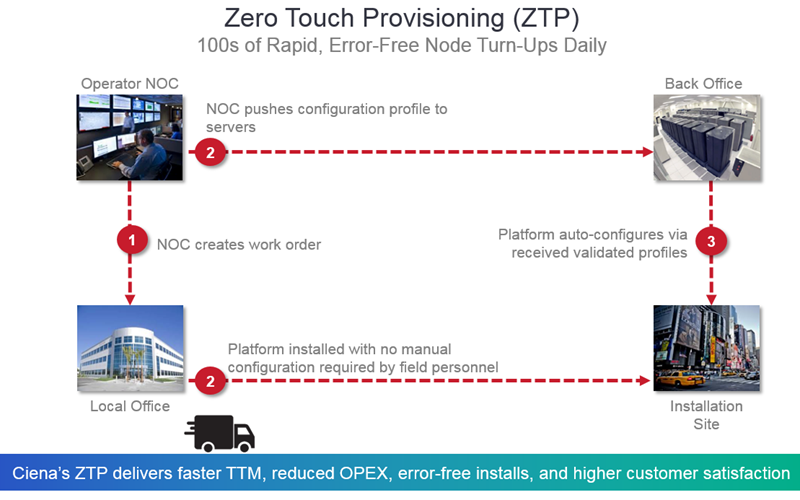 Ciena’s approach uses our network management suite under the Blue Planet Manage, Control, and Plan (Blue Planet MCP) umbrella to coordinate the activities between the back office and the field. When a service is ordered, specific back office configurations are pushed to the appropriate servers where a new device, identified by its unique Media Access Control (MAC) address, logs in once powered on in the field. The service templates are downloaded, appropriate software releases deployed, and the service is up and running.

Again, Ethernet and Internet Protocol (IP) do their thing and packets flow as intended. This happens thousands of times a day in Ciena customer networks.

Service Activation Testing
The third and final example that helps make life easier for network operators is Service Activation Testing (SAT). Again, specific protocols are invoked such as RFC 2544 and ITU-T Y.1564. These are used to troubleshoot Ethernet connections and test their performance either before service commissioning, building a baseline or proof of service, or periodically during the life of the service contract.

A “birth certificate” can be produced that details the data rates, packet loss, delay, and delay variation characteristics a specific service instance is experiencing. Customers like to know they are getting what they paid for, and these mechanisms make that come true in an objective report. It’s a way a life for many of our customers both providers and enterprises.

The market tends to weed out technology that adds more complexity than value. Ultimately, speed to service is all about automating the complexities out of the network and the best examples will adapt to deliver far more value than complexity. When it all works, network operators are quick to adopt them as is the case with these service provisioning techniques.

Articles
The future of PON at the edge

Did you know Ciena’s coherent routing platforms have all the capabilities you need to support next-generation metro and edge use ...

As a Tier 3 provider, the ISP didn’t need a large, complex purchase to support a carrier-grade network. Ciena suggested a 2-port ...

With Ciena’s new 5131 Weatherproof Router we will bring more capacity even closer to the network edge, enabling deployment into t ...

Articles
The need for universal aggregation

ABI Research’s Dimitris Mavrakis looks at why concepts like Universal Aggregation are necessary for service providers to continue ...