DCI for Media – Interconnecting Manchester to support broadcast and other media

May 23, 2016
Colin Sempill
SSE Enterprise Telecoms
Subscribe Subscribe to Ciena's communications
Colin Sempill, Managing Director at SSE Enterprise Telecoms, talks about how the media sector is undergoing a massive restructuring, both in the UK and internationally. Both TV and film production are moving to 100% digital workflows, meaning they need effective networks, data centres that can handle high levels of throughput between servers and storage, and that can handle digital video transport between data centres without bottlenecks or performance latency. 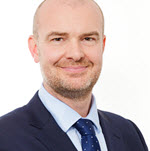 The media sector is undergoing a massive restructuring, both in the UK and internationally. Both TV and film production are moving to 100% digital workflows, meaning they need effective networks, data centres that can handle high levels of throughput between servers and storage, and that can handle digital video transport between data centres without bottlenecks or performance latency.

With this in mind, we are seeing growing adoption of datacentre interconnect services within Manchester, as well as between Manchester and London. This has been spurred on in large part by the growth of the media sector in the city.

The rise of MediaCityUK

The BBC’s regional diversification commitment in its Royal Charter and subsequent partial move to MediaCityUK in Salford Quays saw large parts of the Corporation’s live radio and TV output leave London - including BBC Sport, Radio 5 Live, BBC Breakfast and other production facilities. Around 2,300 BBC jobs have now moved to Manchester from London and other parts of the UK with BBC predictions that MediaCity UK will house 10,000 direct and indirect jobs overall. The BBC’s relocation to MediaCityUK was soon followed by the relocation of ITV Studios and ITV Granada to the same site after the closure and redevelopment of the Granada Studios site. The end result is the second largest broadcasting base in the UK, a massive centralised need for data centre services and the need for efficient high-bandwidth connections to link data centre services -- both within Manchester and between Manchester and London.

Along with an army of independent production and post-production companies that also operate in the area, MediaCityUK and the surrounding area needed more data centre capability and better connectivity in order to manage the vast quantities of digital media being stored, accessed and moved around. Everything is done digitally. For example, filming is done entirely using digital cameras, with rushes regularly uploaded directly from studios and from the field to servers for data protection purposes and to speed up the editing process. Online editing is done with an entirely digital workflow, often while productions are still filming and often with multiple editors working on content from multiple locations.

The creation of final material for broadcast is also in the form of digital video playout files. These need to be quality checked to ensure audio and video is in-sync and free of digital anomalies. Only then are they delivered to both the host broadcaster and international broadcasters for playout, as well as for on-demand rebroadcast over the Internet.

These data centres are interlinked with others within Manchester and further afield using a data centre interconnect (DCI) connectivity platform based on SSE Enterprise Telecoms LIGHTNOW 1 and 10 Gigabit Ethernet wavelengths and Ciena’s 6500 Packet-Optical hardware. The DCI platform enables production companies and their suppliers to move large amounts of information in and out of the data centre and around the city with significant efficiency and minimal latency.

The data centre layout across Manchester reflects the distributed growth of the media sector within the city. While MediaCity UK serves as an important creative hub in the city, other key media businesses – such as post production, are located outside the complex and across the city. With data centres spread out across the city, there is also an opportunity to build in diversification, resilience and cost.

Operating across multiple centres allows “pro-locator” customers, as well as operators to spread their risk, ensuring that a major failure or outage beyond the direct control of the data centre operator (fire, flood etc.) only disrupts a portion of operations. It also allows both to take advantage of different geographical costs. Data centres located in the centre of major business districts have higher square foot costs due to higher rents. Data centres located further out of town usually benefit from lower square foot costs, while increased space and accessibility will usually lower build-out costs as well. Critical services can then be placed in the data centres closest to the work, for better performance and lower latency, with less critical services (backup, development etc) placed in the lower-cost facilities.

With reliable high-speed communications between the data centres, the distributed data centre model ensures customers benefit from both the best cost and the lowest operational risk.

Transform your DCI with API