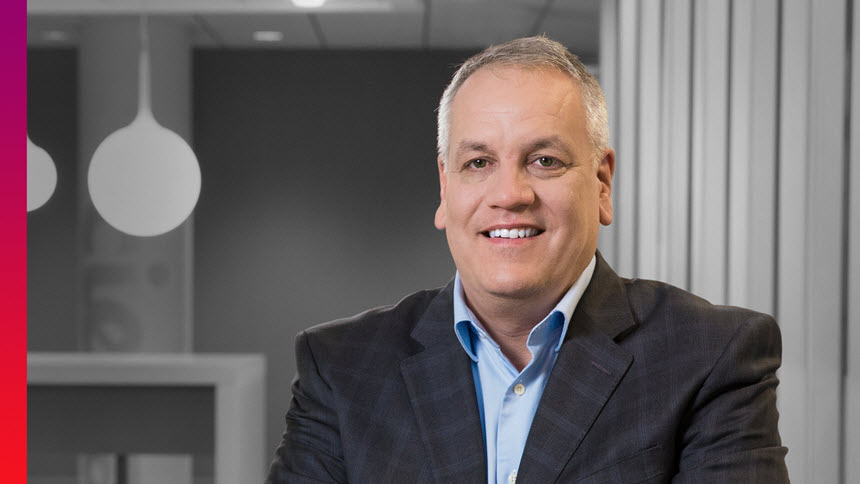 His journey since he joined Ciena in 2010 has been an exciting and illuminating one.

“We’re helping change the world,” he says of the telecommunications trailblazer that’s constantly building on its technology and investment opportunities. “I get to work with some of the smartest people in the industry; I’m always learning something new from them.”

Although it’s risen to the top among its competitors, Ciena still retains the start-up feel that got it off the ground in the early to mid-1990s.

“We’ve achieved real success, but we’re still the hungry underdog,” Scott says. “It’s the best of both worlds here. The company is small enough so that everyone feels approachable, and everyone feels they can make a contribution. Yet we’re big enough that we’re making real and significant differences in the world.”

Scott’s always been inspired by the transformative nature of the telecommunications industry. It’s a privilege, he says, to be part of the transformative world of telecommunications. “How people learn, how they entertain themselves, how they keep in touch with their loved ones—all of that is what we do.” Scott’s enthusiasm can be credited for his career-spanning dedication to the industry; when he joined Ciena in 2010, he brought 25+ years of industry experience with him.

As a manager, he says he’s the quiet type, not likely to “pound the table.” He’s also practical, logical, and analytical and says he’s always looking for new ways to collaborate with colleagues to help Ciena adapt and grow.

“What matters most is contributing as part of the team toward making this the best company in the industry,” Scott says. “Customers have a choice when deciding who they’ll deal with. They should pick partners they can trust. I’m confident that if they use that as their filter, Ciena will be at the top of their list.”

He feels fortunate to work across so many areas of the business, and he’s energized by facing “a different challenge every half hour or so,” he says. “The sheer variety of my job is what really turns my crank.”

When hiring new members for his teams, he looks for people ready to collaborate, willing to leave their egos at the door, and eager to win. “I like people with competitive spirits,” he says.

Born and raised in Canada, Scott earned a bachelor’s degree in computer science from Carleton University in Ottawa. He’s the son of a military dad who “taught me the value of hard work and doing the right thing. And he gave me the very real sense that the number one thing in life is family, above all else.”

In fact, quiet downtime with family is his top priority when he’s not working. He and his wife usually reserve Fridays for date nights, then spend the rest of the weekend with their children and grandchildren. He’s a sports fan who splits his allegiance between Canadian and Boston teams (Scott and his family live in New Hampshire); he also enjoys playing golf.

Advice for young people looking to launch their own careers in telecommunications?

“Love what you do because it’s a pretty demanding industry; it’s always on,” he says. “You’ll always be more successful if you love what you do.”