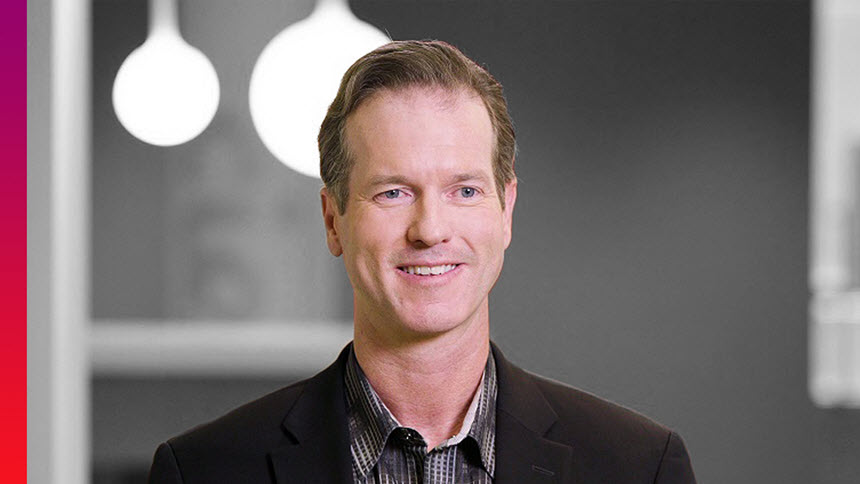 Jason Phipps says his upbringing influenced his approach to his job as Ciena’s Senior Vice President of Global Customer Engagement.

As the only child of two baby boomers who separated early, Jason was raised with a tremendous amount of freedom. He credits his local religious community with helping him build a strong foundation of ethics.

“I was no angel—I tested a lot of boundaries,” he said. “But I always knew right from wrong, and I had a strong moral compass, accompanied by the fear of disappointing others, that continues to drive me.”

Jason’s work ethic was instilled in his hometown of East Lansing, Michigan, where he started a landscaping business, worked in the demolition and restoration of abandoned retail sites, and raised money for annual church retreats through newspaper drives. All that was before his first so-called “real” job—at the convenience store he surreptitiously crossed a highway to reach as a child.

Jason’s career began in finance, in which he holds a degree from Indiana University. He eventually moved into sales at Nortel Networks and later at ONI Systems. Both companies were acquired by Ciena, which Jason joined through the ONI acquisition in 2002.

He held various sales positions worldwide before taking over leadership of Ciena’s worldwide sales operations and global partner and channel organization in 2017.

Among his staff, Jason emphasizes the power of teamwork, the importance of leadership development, and the building of succession plans. When hiring, he looks for passion, potential, humility, and a sense of humor.

In an industry as fast-paced and competitive as telecommunications, Jason says it's crucial to stay focused. And he’s devoted to the concept of failing fast.

“I encourage people to quickly assess all of the alternatives with key stakeholders, then galvanize the team to move fast in one direction,” he says. “If we get it right, great. If we miss the mark, we pick the next path and still have time to market advantage over those who are still deliberating the alternatives.”

What he enjoys most about his job is that no two days are alike.

“I find it difficult to be tied to a desk after all the years of freedom I enjoyed growing up,” says the man whose job takes him around the world several times each year.

Jason says the company-wide Ciena culture, rooted in celebrating people and furnishing them with opportunities for growth and success, suits him. He appreciates that a company known for its tech innovations stays faithful to building close-knit relationships with customers, employees, partners, and investors.

“Camaraderie, teamwork, and empathy,” he says, “are key to the success of the Ciena family. We’re fierce and gritty, we’re scrappy, we unite and fight for things others won’t. I love our culture – the open door, roll-up-your-sleeves approach from top to bottom. Everyone is willing to do whatever it takes to get us across the finish line.”

Time off from work is spent with family, including his wife of twenty-five years, their four children, and three dogs. A high-school three-sport athlete himself, he has embraced his children’s participation in team sports as both a coach and an ardent fan.

He lists baseball great Jackie Robinson as one of his idols. He recalls the historic moment when Robinson broke the major-league color barrier. Teammate Pee Wee Reese left his shortstop position for first base, where he wordlessly put his arm around Robinson. The move silenced the racially charged stands and made an impact on Jason that would help underpin his own personal belief system.

“Doing the right thing, always and unequivocally, with complete conviction and at full velocity,” Jason says. “That’s what it’s all about.”