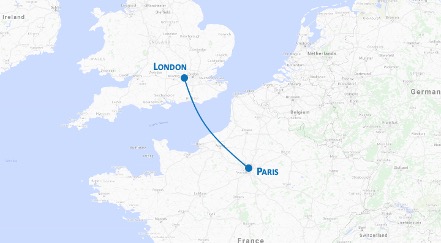 Submarine networks have long played a critical role in keeping the world connected—in fact, they carry over 99% of the world’s intercontinental electronic communications traffic. But what’s more, technology advancements like coherent optics are enabling unprecedented capacities on submarine networks, to keep pace with unrelenting bandwidth demands.

“With bandwidth needs ballooning—especially in the last 18 months due to work from home, remote learning, and online entertainment—submarine networks are evermore critical to keep the internet whirring along,” said Mike Cunningham, CEO of Crosslake Fibre. “Ciena’s solution allows us to scale our transport capabilities, protect against outages from cable faults, and keep our network ownership costs in check.”

For CrossChannel, Crosslake is deploying a new seamless submarine cable and terrestrial GeoMesh Extreme network from Ciena, which leverages the 6500 Packet-Optical Platform powered by WaveLogic 5 Extreme to provide a differentiated customer experience with more bandwidth and resiliency.