“If you are not sitting at the edge of your seat, you are taking up too much space.”

White Paper
The Future of Coherent Optical Networking
I heard this quote from a friend recently and thought it was interestingly appropriate in describing the optical networking industry these days. No one has time to sit back. Technology is evolving at an incredibly fast pace, new developments are occurring at a regular cadence, and network providers are regularly evaluating different architecture approaches for evolving their networks. In attending the 21st Annual NGON & DCI World event in beautiful Nice last week, I had an opportunity to get a pulse on the latest topics and trends that are driving change in the optical networking landscape.

A popular topic at all optical events - and NGON was no exception - is the discussion of the next technology breakthrough that will bring new levels of capacity scale and cost reduction to transport networks.

If we look at coherent optical shipments, capacity and average selling price data over the past decade (see Figure 1, data sourced from Ovum), what is the principal way that network providers have been able to keep up with exponentially increasing bandwidth demands while maintaining transport costs relatively flat? Through coherent technology innovations that have enabled higher throughput at less cost. So, how will we get to the next level of cost reduction? The consistent response to this question in multiple sessions at NGON was higher baud, which means coherent optical solutions that have a higher symbol rate and can process more data per second, resulting in more fiber capacity with less equipment.

There were differences of opinion on what the “right” baud is. At the end of the day, network providers need a solution that can efficiently transport 100GbE and emerging 400GbE data rates across the network. Ciena’s WaveLogic 5 is designed to operate at speeds up to 95Gbaud to meet this objective, with efficient 100GE and 400GE transport across any distance, including 800Gb/s wavelengths for short reach distances and 400Gb/s wavelengths for long haul/ultra-long haul applications.

Another topic that was brought up at NGON was the option of extending the C-band from 4.8THz to 6THz (25% gain in spectrum) to increase fiber capacity without going to the L-band. We are still early days into this new topic. The viability and actual networking benefits of using this approach versus C&L are still to be determined and will depend on the answers to the following questions:

It will be interesting to see the developments in this space.

White Paper
High-performance Coherent in CMOS: Foundational Technology for WDM Optical Networking
Karl Gass of the Optical Internetworking Forum (OIF) provided a colorful update on 400ZR development during the pre-conference Optical Masterclass workshop. 400ZR is an implementation agreement defining the optical specifications for an interoperable 400G coherent pluggable that promises significant power, space and cost savings for the regional fabric extension (single span) data center interconnect (DCI) application. Karl reiterated how the specifications were selected and limited to addressing this DCI application, and provided some insight into how the OIF was following three simple rules in “making the sausage” for 400ZR:

400ZR+ is another term being used in the industry. 400ZR+ is different from 400ZR and describes a higher performance 400G coherent pluggable that can address an expanded set of applications beyond short reach DCI. There is no standard definition for 400ZR+, it currently means different things to different people. To date, there are no specifications that have been defined that would enable interoperability of such devices, although working groups are discussing this topic.

I heard the term “commodity” being used in conjunction with upcoming 400G coherent pluggables. I would challenge that statement; it is still to be seen how many sources for the coherent DSP will exist for these devices. Anyone that is involved from a development perspective understands that the technical challenges to be overcome for robust operation in a constrained power envelope are not trivial. To hear more about what’s involved in the design of coherent pluggables, listen to the WaveLogic 5 podcast featuring Scott McFeely, senior vice president of networking platforms and Dino DiPerna, Ciena’s R&D leader for Packet-Optical platforms.

The incredible growth in DCI networks has greatly influenced the introduction of new products, operational practices and technology consumption models in the optical industry over the past few years. (This is why this event, previously known as the Next Generation Optical Networking event, has now become the NGON & DCI World event.) The deployment and evolution towards simple-to-deploy disaggregated optical equipment continues. Interxion, Dutch Data Center Association and Rackspace discussed significant growth they are seeing in their regions in France, the Netherlands and Nigeria respectively.

The new topic this year was Mobile Edge Computing and how that would impact data center architectures. I participated in a panel on this topic. We all agreed that mobile edge computing was only required for a small subset of applications (those that are very sensitive to latency), and that the impact to existing architectures will vary, depending on where the edge servers will reside.

One very exciting moment for Ciena at the event was being awarded the “Best DCI Vendor” award, based on the strong customer traction and significant DCI deployments with our Waveserver product family last year.

Congratulations to the team for winning Best DCI Vendor!

Automation had a presence too

Although not directly tied to optical, the theme of automation was prevalent throughout the event. Service providers are dealing with large, complex networks, with multiple generations of technologies and equipment from multiple vendors that all need to be managed as a single entity. They are increasingly relying on software, analytics and automation efficiencies for successful network transformation. In fact, “How will machine-based learning inform network management systems moving forward?” was a topic covered at the event, and several service providers discussed their network evolution to SDN-controlled networks. Understanding that our customers need more than disruptive coherent optics to be successful, Ciena demonstrated our recently launched Proactive Network Operations (PNO) solution at the event, in addition to some of our latest hardware platforms. PNO is a multi-vendor solution that uses AI and advanced analytics to pre-emptively diagnose and resolve anomalies that lead to network outages—evolving Blue Planet’s closed loop automation capabilities and our Adaptive Network vision, enabling service providers to predict and prevent network outages, saving up to 38% of OpEx related to troubleshooting per year.

As I leave NGON and look forward, it is clearly an exciting time to see how innovative new coherent technologies along with machine learning and analytics is transforming the networks that connect the world. At Ciena we remain seated at the edge of our seats, keeping our finger on the pulse of new developments and making strategic investments to intersect the market with the right solutions at the right time. 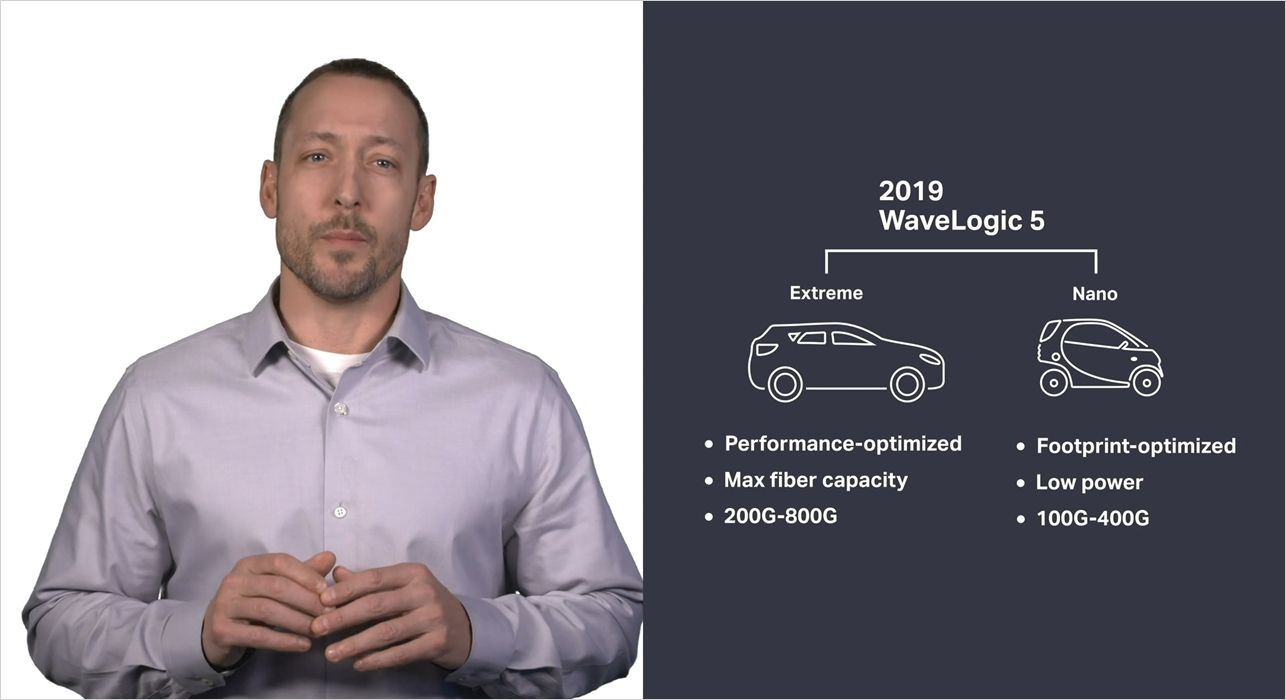 0 Join the conversation
Previous Read previous article: What is ZR+?

Next Read next article: Learn about the technology behind Ciena’s WaveLogic 5

Learn about the technology behind Ciena’s WaveLogic 5