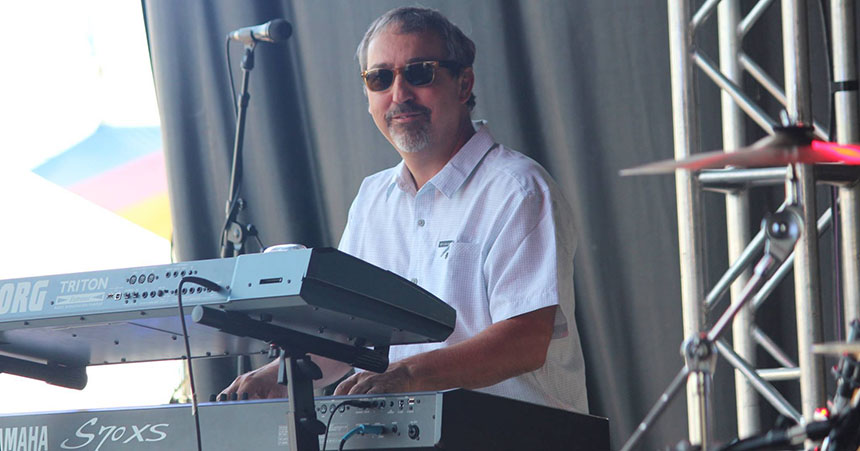 Ciena role
I drive process improvements in the Part Level Forecasting to improve the Materials Forecast Accuracy. I work with the PLM and NPI teams to understand portfolio evolution and customer adoption rates for new products and phase-outs.

Musical Influences
As the youngest in a family of musicians, I started playing piano at age 13. I have many musical influences from my older brother and sister, such as Motown, R&B, Led Zeppelin, Genesis, Yes, Supertramp, Doobie Brothers, and Chicago. In the 80s, I was influenced by the disco era and composers such as Giorgio Moroder, Quincy Jones and Cerrone.

I started my first band with friends in college and discovered jazz. Also, I discovered jazz funk and artists such as Chick Corea, Spyro Gyra, Pat Metheney, and Uzeb. Currently, since my teenaged kids control the house, I listen to a lot of pop and rap.... crap!